by Abiola Odutola
in Business, Spotlight 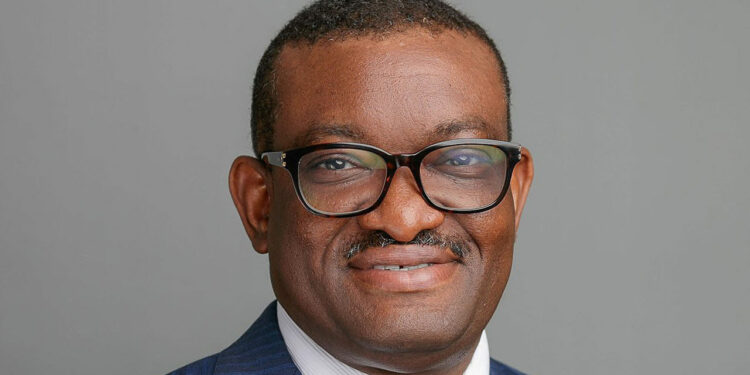 The immediate past Managing Director, Ogun State Property Investment Corporation (OPIC), Babajide Odusolu, has described the allegation levied against him on financial misappropriation by the State’s House of Assembly as false.

Odusolu disclosed this during a press briefing in Lagos on Tuesday, which was covered by Nairametrics.

According to him, the accounting processes, policies, and standards of the agency are predefined, and no money is missing, adding that a formal forensic audit will confirm his claim.

He explained that all issues raised in the publication had been addressed during his appearance before the House Committee on Public Accounts and Anti-Corruption under the chairmanship of Hon. Musefiu Lamidi on the 13th of October, 2020, when he was invited as the immediate past Managing Director of the Corporation for the period under review.

At the session, Odusolu said that there were members of the management team of OPIC led by its Director of Finance and Administration (DFA), Director of Projects, the Internal Auditor, the Head of Allocations, and other members of the OPIC finance team, who had apparently also been summoned by the committee.

In his defense, he said, “The Allegation that N2,579,771,717.71 was unaccounted for was made during the interaction in October 2020. The DFA and I made it clear that OPIC is a Statutory Corporation that is regularly audited by auditors independently recommended by the Auditor General of the State.”

“The accounting processes, policies and standards are predefined, and this allegation is false in its entirety. No money is missing, and a formal forensic audit will confirm that fact.

“On the Allegation of unaccounted N40 million expenditure claim in 2019, the House directed a refund of the sum of N40 million on the ground that it was unaccounted for.

“At the appearance before the committee, the DFA of OPIC explained OPIC’s accounting procedure to the committee. We fully demonstrated that such expenses were typically incurred as part of the running costs for managing OPIC projects located in several satellite towns of the State. We further explained that these monies were used to provide cash stipends for staff and artisans working on those sites; provide basic site amenities and cover other ongoing site expenses.

“The DFA and Director of Projects subsequently provided the breakdown of the N40 Million expenditure which the committee chose to totally ignore in its report. To further illustrate this strategy, the chairman (House Committee on Public Finance), Honourable Musefiu Lamidi was conversant with these procedures, as he was a Special Adviser under the Senator Amosun led administration and he was assigned to supervise the OPIC team working in Ipokia during the construction of the Polytechnic in the Local Government.

“Similarly, during the accelerated construction of MITROS Residences which occurred within a sixty (60) day window, the entire State Executive Council were witnesses as we (OPIC) deployed several labour teams and artisans on twenty-four shifts delivering materials and finishing tasks. This could only be done, using an on-site imprest which was collected and signed for by the workers. This labour-intensive approach enabled us meet tough targets throughout my tenure.”

On the allegation of N881.5 million Unbudgeted Expenditure, he added that the sum was spent on the construction of MITROS Residences on the approval of the State Executive Council.

According to him, the edifice was constructed within an accelerated period in 2017, when the State Executive Committee resolved that the amount annually spent on accommodating visiting dignitaries and guests of government could be saved with the construction of functional Guest Houses that could also serve commercial purposes.

“The fifty-five (55) Room MITROS Residences was constructed with a full complement of an event centre, swimming pool, gym etc. The resolution 3 of the Senator Amosun led administration was that OPIC should recoup the money spent on the construction of the edifice by netting off the costs incurred by government with the commercialisation of the facility.

“On the Sale of 8.2 Hectares of Land at Isheri to Rainerhill Ltd, the Senator Amosun led Administration prioritised the provision of incentives to attract investors to the State. This policy was approved by the State Executive Council and publicly announced at the State’s Investors Forums held annually between 2012 to 2018.

“Under this scheme, the 8.2 Hectares of land Isheri was offered to Persianas Group, the promoter of Shoprite to construct a Mall.

“The land is a marshy area and was offered at a discounted rate of approximately N20.5 Million per hectare as against the actual rate of N30m per hectare. Under the arrangement with the government, Persianas Group was to construct a Mall each in Ota (which has been completed), Abeokuta, Isheri, Sagamu and Ijebu Ode. It is instructive to note that Messrs Persianas was not the only beneficiary under this policy,” he added.

However, Odusolu explained that the State insisted that there must be a cash consideration of N20 million per hectare to make such commitment binding, adding that it is on record that over 200 manufacturing and services companies were attracted to Ogun State by the application of this policy.

“On the allegation about 5-star Marriot Hotel at Opic Ikeja Plaza, this claim again shows the clear bias of the committee. The funds in question had been invested prior to my assumption of office as Managing Director and the transaction predated the Senator Amosun led Administration.

“The documentation costs were simply carried forward on OPIC’s accounts and until the project is consummated and/or written off, it will continue to reflect in the records of OPIC. 5,” he said.