3 Billionaires who made their fortune through cryptocurrencies 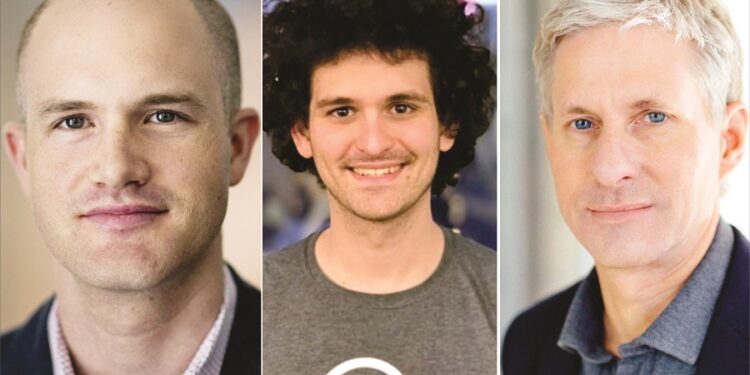 The cryptocurrency industry has grown at an astronomical rate over the past year.

Data from Forbes’ 2021 billionaires list reveals that there are 12 crypto billionaires, up from just four last year.

Asides from these individual billionaires, the cryptocurrency market has seen an influx of institutional investors who are looking to grow their wealth in the cryptocurrency market as a hedge against the global inflation crisis. Companies such as MicroStrategy, Square and Tesla are putting Bitcoin on their balance sheets at an accelerating rate and with on-chain analytics data suggesting a net accumulation for Bitcoin, it can be inferred that more institutions are investing in the space.

READ: Meet the youngest billionaires in the world on Forbes Under 30

With the way cryptocurrencies are going mainstream, many Central Banks around the world have been prompted to consider offering a digital version of their currency in other to keep up with the ever-evolving digital world. They are well known as Central Bank Digital Currencies (CBDC). Nigeria plans to run a pilot program of its CBDC on Independence Day, the 1st of October 2021.

Although these cryptocurrency billionaires did not make Forbes’ top 100 list, the growth of cryptocurrencies and blockchain technology has certainly assisted with their net worth exploding over the past year.

Here are the top 3 cryptocurrency billionaires.

Chris Larsen is a co-founder and chairman of Ripple, created in 2012 to facilitate international payments for banks using blockchain technology. Ripple’s native token XRP is the 6th most valuable cryptocurrency with a market capitalization of $51.3 billion.

Larsen was born 1960 in San Francisco, California. He attended San Francisco State University, where he earned a degree in International Business and Accounting in 1984. He began working for Chevron after college, doing financial audits in Brazil, Ecuador, and Indonesia. He graduated with an M.B.A. from the Stanford Graduate School of Business in 1991.

He is a business executive and angel investor best known for co-founding several Silicon Valley technology startups, including one based on peer-to-peer lending. In 1996, he co-founded the online mortgage lender E-Loan and during his tenure as CEO, E-Loan became the first company to freely provide consumers’ FICO credit scores.

By 2000, E-Loan’s market value was estimated at $1 billion. In 2005, Larsen left the company when it was sold to Banco Popular. In 2006, he co-founded Prosper Marketplace and he served as CEO until 2012. Later in 2012, he co-founded the company Ripple Labs, Inc., which developed Ripple and its native token XRP.

Ripple is a software that enables the instant and direct transfer of money between two parties. Ripple counts American Express and Santander among its 100-plus customers.

Larsen stepped down as Ripple CEO in December 2016 but remains Executive Chairman. He holds over 3 billion XRP tokens and a 17% stake in Ripple Labs. XRP currently trades at $1.07 as of the time of this writing.

Armstrong cofounded Coinbase in San Francisco in 2012 with former currency trader, Fred Ehrsam. He owns a stake of about 19% in Coinbase and when the company got listed on the NASDAQ, its market capitalization briefly hit $100 billion. His wealth majorly comes from his Coinbase equity. COIN is currently trading at $243.21 as of the time of this writing. Armstrong is ranked #404 on Forbes’ billionaires’ list.

Sam Bankman-Fried is the founder and CEO of FTX cryptocurrency exchange. He also manages $2.5 billion worth of digital assets through Alameda Research, a quantitative cryptocurrency trading firm he founded in October 2017. He was born in 1992 in Stanford, California. From 2010 to 2014, he attended the Massachusetts Institute of Technology. In 2014, he graduated with a degree in physics.

Sam Bankman-Fried made headlines when he was named on Forbes’ 30 Under 30 Finance list in 2021. He also made headlines in 2020 with his $5 million donations to a super-PAC that supported Joe Biden’s presidential campaign, making him one of the president’s biggest donors.

The vast majority of his wealth is in FTX’s equity and the native token of the FTX exchange FTT, which currently trades at $62.52 as of the time of this writing. He is ranked #274 on Forbes’ billionaires’ list.