The Presidency has disclosed that the Federal Government is not constructing a rail line from Nigeria linking Kano-Dutse-Maradi into the Niger Republic, as it will only stop at the designated border point.

This follows the public outcry that greeted the Federal Government’s announcement of the rail project.

The disclosure was made by the Senior Special Assistant to the President on Media and Publicity, Garba Shehu, through a thread of tweets on his official Twitter handle on Thursday, September 24, 2020.

Nigeria isn't building rail line into Niger but, only to the designated Border point.

He revealed that, based on the agreement reached between Nigeria and Niger in 2015 for the Kano-Katsina-Maradi corridor masterplan, the 2 countries agreed to build a rail line to the border town of Maradi.

In his statement, Garba Shehu said, “Nigeria isn’t building rail line into Niger, but only to the designated Border point. An agreement between Nigeria and Niger in 2015, coordinated by the Nigeria-Niger Joint Commission for Cooperation has a plan for ‘Kano-Katsina-Maradi Corridor Master Plan, (K2M)’ as it is called.

“Going by this, the two nations would each build a rail track to meet at the border town of Maradi. Nigerian delegates to that meeting comprised officials from the Ministry of Foreign Affairs, National Boundaries Commission, Federal Ministry of Industry, Trade & Investment, Ministry of Agriculture and Rural Development, Water Resources as well as those of Kano & Katsina states.”

Going further he said, “The objective of the rail is the harnessing of raw materials, mineral resources, and agricultural produce. When completed, it will serve domestic industries, and play the role of a viable transportation backbone to the West African subregion, starting with the neighboring Niger Republic, for their export and import logistic chain.”

Nairametrics had earlier reported that the Minister for Transportation, Rotimi Amaechi, after the Federal Executive Council (FEC) meeting presided over by President Muhammadu Buhari, announced the approval of the total sum of about $1.9 billion, for the rail line contract and development of Kano-Katsina-Jibia that will terminate at Maradi rail line in the Niger Republic.

According to a media aide to the president, Ajuri Ngelale, the rail line is expected to connect the 3 states of Kano, Katsina, and Jigawa. It moves from Kano to Dambata, Kazaure, Daura, Mashi, Katsina, and terminating in Maradi, Niger Republic.

The interim dividend will be paid on or before December 11, 2020 to shareholders whose names appear on the Register as at 7th December 2020. 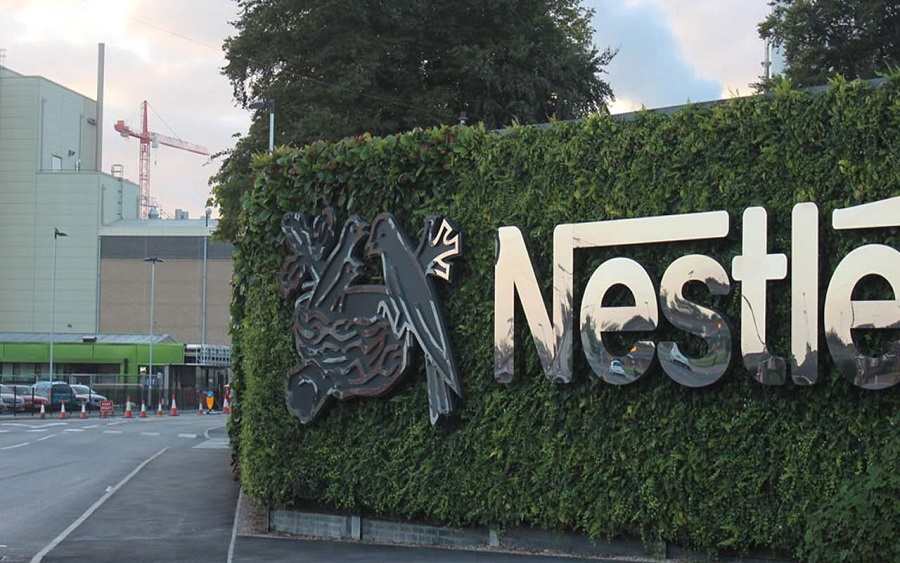 One of the largest food and beverage companies in Africa, Nestle Nigeria Plc, has announced the payment of a total ₦19.81 billion as interim dividend to its shareholders.

The company is expected to pay an Interim dividend of N25 per share will be paid for all the outstanding 792,656,252 ordinary shares of the company. This equals N19.18 billion.

This information is contained in a notification which was signed by the Company’s Secretary, Bode Ayeku, and sent to the Nigerian Stock Exchange today.

“An Interim Dividend of N25.00 per 50 kobo ordinary share, subject to appropriate withholding tax will be to the shareholders whose names appear on the Register of Members as at the close of business on 20 November.”

Governor Sanwo-Olu has lifted with immediate effect, the curfew earlier imposed on the state.

The Lagos State Government has lifted the curfew imposed on the state with immediate effect.

This was disclosed by Governor Babajide Sanwo-Olu in a statement issued by the state’s Commissioner for Information and Strategy, Gbenga Omotoso, on Saturday.

He stated, “The curfew imposed on Lagos State after the hijack of the peaceful #EndSARS protests has been lifted immediately but the 12 a.m. to 4 a.m. curfew imposed by the Federal Government to curb the spread of COVID-19 remains.

“Lagosians are free to go about their business without any hindrance whatsoever. Security agencies will continue to discharge their duties.

“Lagosians are urged to co-operate with them to maintain the status of our state as one of the most peaceful.”

Governor Sanwo-Olu appreciated the security agencies for their efforts in restoring peace to our troubled communities and commended Lagosians for observing the curfew and ensuring the return of normalcy.

“I urge the citizenry not to do or encourage any action that may turn back the clock, but to keep living in harmony as we get set to rebuild our dear State and strengthen the unity that we are known for,” he added.

Gbajabiamila roots for the review of Federal Character Laws

House of Reps Speaker has called for the review of the federal character structure the country runs.

The speaker of the House of Representatives, Hon. Femi Gbajabiamila, has lent his voice to one of the pressing issues in Nigeria, which concerns reviewing the Federal Character Laws as enshrined in the 1999 constitution.

The honourable speaker made the revelation during the Young Parliamentarians Forum (YPF) National Strategy Meeting and Retreat in Abuja.

According to him, the need to broaden the scope of the federal character laws in the Nigerian constitution has become imperative.

He is of the opinion that it contrasts with the nation’s realities, as it limits national opportunities to geographical spread alone, without factoring in other criteria like gender, persons living with disabilities, and age classification.

Commenting on the need for the review of the federal character laws in Nigeria, Hon. Gbajabiamila said:

The Speaker ended by charging the young legislators to provide solutions to some vital questions on burning national issues.

Transcorp Plc: Decline in food and beverage, others depletes revenue

Canada to receive over 1.2 million immigrants in next 3 years

Rich investors are moving cryptos at an alarming rate