Trading at Nigeria’s stock market closed in positive territory for the fourth consecutive trading session this week. The All Share Index appreciated by 0.87% to close at 24,354.25 points, and investors gained N109.90 billion, as market capitalization closed at N12.692 trillion, thus reducing YTD loss to 9.27%.

Barring any late reversals in DANGCEM and NESTLE, Nigeria’s stock market is expected to continue on a positive note. It’s expected that local demand for stocks will remain firm.

Eminence, an upcoming project being built by Yearn’s Andre Cronje has been drained of $15 million. The DeFi crypto community’s strong appetite for unverified code has once again ended in pains for investors, with the losses amounting to millions of dollars.

Eminence, an upcoming project being built by Yearn’s Andre Cronje, has been drained of $15 million.

Eminence is an unfinished “economy for a gaming multiverse.” In a series of tweets, Cronje gave a detailed analysis of the cyber robbery.

“Yesterday we finished the concept behind our new economy for a gaming multiverse. Eminence. As per my usual methodology, I deployed our staging contracts on ETH so we can continue developing on it.”

1. Yesterday we finished the concept behind our new economy for a gaming multiverse. Eminence. As per my usual methodology, I deployed our staging contracts on ETH so we can continue developing on it.

2. Eminence is at least ~3+ weeks still away

He spoke on the operational details of the project:

“These contracts, not the ecosystem are final, yesterday alone you will notice I deployed 2 separate batches of the contracts, this is my usual “test in prod” process.

“We started releasing some of the art teasers to showcase all the different clans in the game on Twitter. We posted the first clan “Spartans”. And I went to bed.

“Around ~3 AM I was messaged awake to find out a) almost 15m was deposited into the contracts b) the contracts were exploited for the full 15m and c) 8m was sent to my yearn: deployer account.”

However, Cronje later announced that the Yearn treasury would help in refunding users back the $8 million he received from the hacker according to a snapshot of EMN balances prior to the hack.

What you must know: There are multiple protocols providing yield (returns) on the capital that you lend.

These yields vary from one protocol to the next. YFI automates & optimizes lending such that you can earn maximum value on your capital without researching each protocol.

It has two major uses:

Lend your digital assets: Earn maximum interest among a pool of lending protocols such as Compound, Aave, et. al.

Gold futures prices were up at the reopening of London’s trading session. This was boosted by a weaker dollar, though its upside was capped as traders’ focus is now on the U.S. presidential debate scheduled to hold today.

President Trump and Democrat’s Presidential candidate, Joe Biden, will take part in the debate, ahead of the Nov. 3 presidential elections.

Joe Biden is hoping to convince people with strong connections to working-class Americans, who had voted for President Barack Obama but switched to President Donald Trump in 2016.

In an Economist/YouGov poll, 39% of Americans predict that Trump will win the debates, while 34% predict that Biden will win.

On the COVID-19 front, the number of new COVID-19 cases in the world’s largest economy gained for the second week in a row in 27 out of the 50 states, adding to concerns over the health of the U.S. economy.

Globally, deaths from the virus topped one million, with over 33.2 million cases as of Sep. 29, according to Johns Hopkins University data.

In a note to Nairametrics, Stephen Innes, Chief Global Market Strategist at AxiCorp, spoke on the prevailing macros happening in the precious metal market. He said:

“Gold appeared to put in a good base around $1850 after a reasonably negative September, with the metal averaging a 1-2% move lower during the month in the past five years.

“It is now down almost 5% on the month, and at slightly more compelling levels to enter into longs given positions are much cleaner than ever after last month sell-off.

“Gold is up on a weaker US dollar and more gains could be in the offing as focus shifts to US elections, political uncertainty, and geopolitical risks. 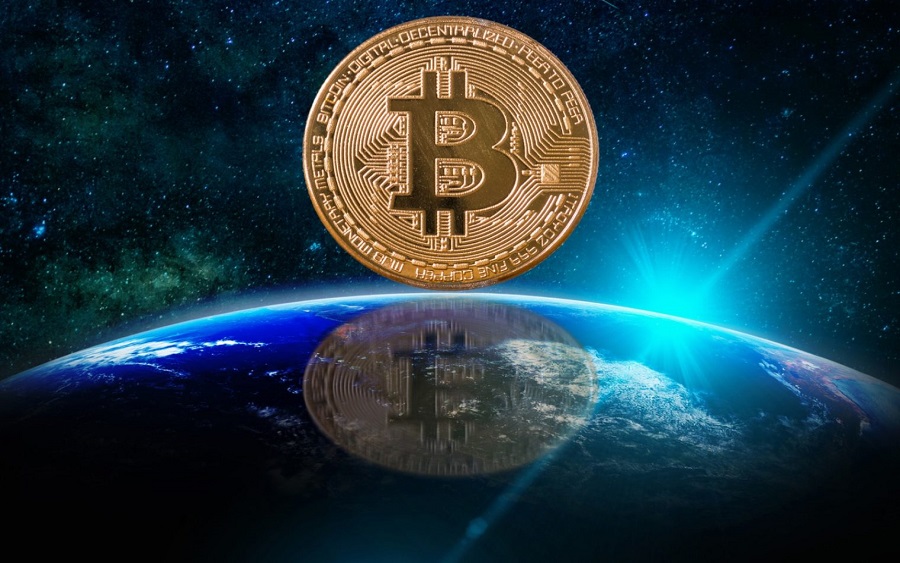 Large entities are fast increasing their transaction sizes in the world’s most important crypto market at a spontaneous rate.

Data obtained from Bitcoin Block Bot, a crypto analytic tracker, revealed that someone (probably from Coinbase) moved 12,565 BTC in block  650,441, estimated to be worth about $133million, some hours ago.

Why it’s happening; It should also be noted that the amount of BTCS on major crypto exchanges has hit its lowest levels in about two years meaning a new generation of investors, crypto traders are putting its money in it for the long term.

While it is difficult to predict market movements, BTC whales have shown historically that they often determine the BTC trend.

There’s no reason to sell now when you have large institutional investors like MicroStrategy, Grayscale Investments buying the world’s flagship crypto

Meaning that over time, it’s possible that as BTC approaches its fixed supply of 21 million, the price of BTC will go up, with BTC’s present demand factored in.