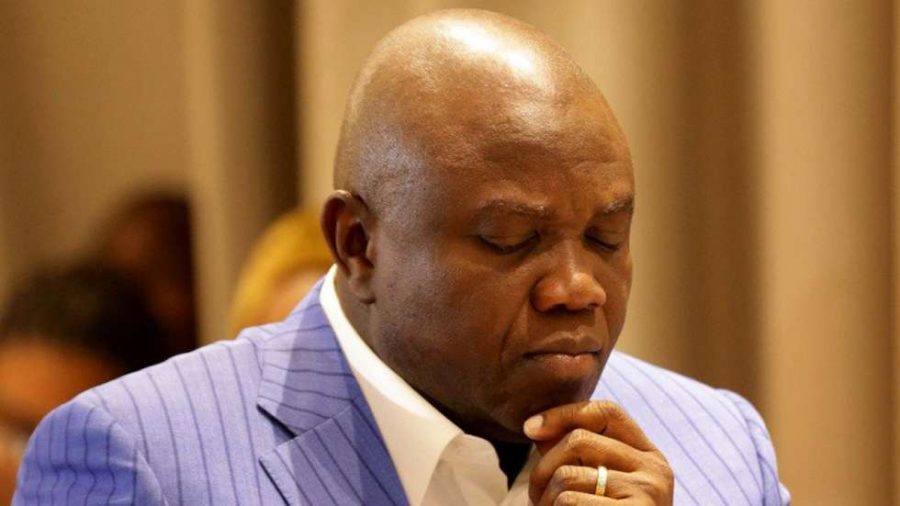 Three bank accounts belonging to the Lagos State Government were on Tuesday frozen by the Federal High Court sitting in Lagos.

The court  placed a restriction on any transaction from the affected accounts by the state government or any of its agents.

Reason for suspension? Justice Chuka Obiozor gave the order after fraud charges were filed against the Permanent Secretary in the Office of the Chief of Staff to  Governor of Lagos State, Adewale Adesanya.

The Economic and Financial Crimes Commission (EFCC) filed a suit against Adesanya, who was accused of involvement in money laundering last year.

According to the EFCC, an FCMB bank account, which was opened on September 17, 2018 and operated by Adesanya, allegedly received the sum of N9.9 billion from the state accounts.

Supporting their request for the accounts to be frozen, the EFCC’s investigating team led by Kungmi Daniel, said the timing of the transfers showed the attempt by Adesanya and the other signatories to the account to fraudulently transfer funds from the state accounts.

The EFCC took the step after the matter was analysed and found it worthy of investigation. In order to close loopholes and prevent more fraudulent activities through the accounts, the EFCC filed an ex -parte motion to freeze the accounts.

This will also enable the anti-graft agency to temporarily take over the accounts pending conclusion of investigations on the matter.

“The trend is that the there is always huge inflow from Lagos State Government in the above-scheduled accounts managed by the respondent (Adesanya).”

“There have been concerted efforts and attempts to dissipate the contents of the accounts listed in the schedule to this application.

“Without freezing the nominated accounts and temporarily forfeiting the money to the Government of the Federal Republic of Nigeria, there is no way the fraud being perpetrated using the scheduled accounts can be stopped,” the EFCC said.

After granting their request, the court adjourned further proceedings in the matter till August 9.

The NLC president demanded an increase in the remunerations and allowances of Nigerian workers. The Organised Labour appears set for a showdown with the Federal Government as they have condemned and rejected the government’s plan to cut down salaries of Nigerian workers.

This follows the recent statement credited to the Minister of Finance, Budget and National Planning, Mrs Zainab Ahmed, in which she revealed the Federal Government’s plan to reduce the cost of governance by cutting down workers’ salaries.

This disclosure was contained in a statement issued by the President of the Nigeria Labour Congress (NLC), Ayuba Waba, on Wednesday in Abuja, in which he expressed shock and noted that the plan was tantamount to a mass suicide wish for Nigerian workers.

READ: Nigerian professionals were excited to work from home in April; what about now?

What the NLC President is saying

Waba in his statement said, “The minister also allegedly directed the National Salaries, Incomes and Wages Commission (NSIWC), to immediately review the salaries of civil servants as well as the number of federal agencies in the country.

It is most unthinkable that the government would be contemplating to unilaterally slash the salaries of Nigerian workers at this time.

He added that “The question to ask is which salary is the government planning to slash? It certainly cannot be the meager national minimum wage of N30, 000, which right now cannot even buy a bag of rice.”

The NLC President said that he believed the proposed salary slash was certainly not targeted at the minimum wage and consequential adjustment in salaries that some state governors were still dragging their feet to pay.

He said that the multiple devaluations of the Naira in a short time, and the prevailing high inflation rate in Nigeria had negatively impacted on the salaries earned by Nigerian workers across the board.

READ: FG to create “Special Instruments” as part of plans to formalize its borrowing from CBN

While demanding an immediate retraction and apology by the Minister of Finance, the NLC president, however, said that if there was any salary that needed serious slashing, it was the humongous remuneration and allowances pocketed by political office holders in Nigeria, who did extraordinarily little but collected so much.

Wabba said, “Workers generate surplus value and revenue for the government. We do not constitute any unnecessary cost or burden to governance. It is also important to make the point that salaries are products of contracts governed by laws. They cannot be unilaterally adjusted.”

This move is not only at great odds with global best responses to the COVID-19 pandemic but also in violation of relevant ILO Conventions and Declarations on Wages and Decent Work. We urge the government as a social partner to quickly respond to the demands by Labour for an upward review of salaries of all Nigerian workers.