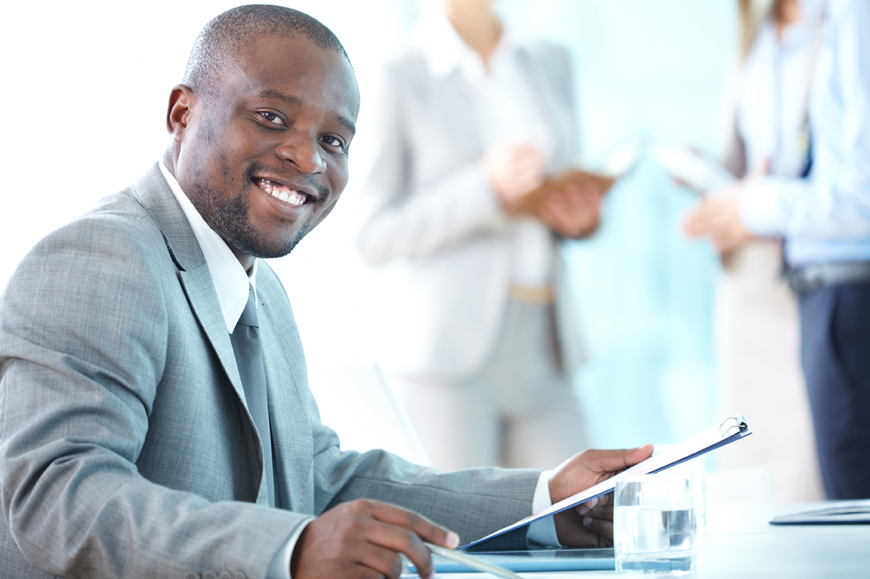 wpDataChart with provided ID not found!

Data collated from the annual report of select publicly quoted companies in Nigeria shows Nigerian companies generated a revenue per employee of N63 million in 2016 compared to N51 million generated in 2015.

The Revenue per Employee is basically the total revenues generated by a company divided by the number of employees it has. It is a term used to measure the productivity of the employees of an organisation as well as how much they help contribute towards generating revenues for that company.

Revenue per employee is often preferred to profits because is unaffected by management and board decisions as per its cost of capital, how it allocates resources, efficiency at managing cost etc. all of which affects profitability.  Revenue per employee is also viewed from one industry to another, rather than inter company. It is always meaningful to compare a company with another within its industry.

As depicted in the chart above, Oando and all the other oil and gas firms top, make up the first 6 because of high volume nature of oil and gas industries.

Note: all figures in the tables are in millions of naira

The energy industry is associated with high turnovers but lower margins due to the volume of consumption of oil and gas related products. It is thus not a surprise that they top the list of industries with the highest revenue per employee. At, N730 million per staff, Energy employees increased their revenues by 69% compared to the N432 million recorded a year earlier.

High on the list was Oando, who saw their staff contribute a whopping N2.4 million a 436% increase from the N455 million reported a year earlier. Total Plc and Mobil also recorded significant rise in the revenue per staff figures. Seplat was the only loser with 44% of its revenue dropping per staff, a situation mostly attributed to the inactivity in its main export lines, Forcados Terminal.

As explained above, revenue per staff is only used to determine how companies utilize their most important asset, human capital, to optimize revenue. Even though industries like the Energy sector have an advantage due to the volumes associated with their trade, the revenue per staff also helps them set a benchmark for how much they can pay their staff relative to their competition and the potential revenue they can generate. One might argue that a company’s wage bill per staff should never be up to or more than its revenue per staff. If it is, then the company is highly unproductive and will never make a profit. All property owned, occupied by anyone older than 60 years are exempted from paying the Land Use Charge.

Lagos State Government has released the new provisions in the new 2020 Land Use Charge (LUC) Law,  which entails the reduction in penalties for defaults, the people exempted from the charge and forfeiture of  N5.8 billion penalties among others.

While presenting the guideline to the public on Wednesday, the Commissioner of Finance, Dr Rabiu Olowo, explained in 2018, there was an increase in the Land Use Charge rate as well as the method of valuation of properties, this shock had a sporadic increase in Land Use Charge payable by property owners.

He said, “In view of the aforementioned, the current administration decided to review the Land Use Charge law by reversing the rate of Land Use Charge to pre-2018 while upholding the 2018 method of valuation.”

READ MORE: Would you have invested in buying a plot of land in Abuja FCT in 1980?

Below are 4 key components of the new law:

People exempted from the law:

All property owned and occupied by pensioners are exempted from paying the LUC. The definition of Pensioner, according to the state, has been expanded to include all retirees from private and public institutions in the state or any person that has attained the age of sixty (60) years and has ceased to be actively engaged in any activity or business for remuneration.

Reductions of penalties and rates

“While we assure Lagosians that our typical response time will not exceed 24hours, we urge anyone who feels dissatisfied or whose complaint results in a dispute to please contact the Lagos State Appeal Tribunal. Let me state that we share in the pain which the pandemic has brought on every household including the government,” he added.

Olowo added that while the state hopes for the return of normalcy to business activities, it is important to let residents know that, the payment of LUC is not intended to inflict any hardship on anyone.

Meanwhile, property owners are expected to receive their 2020 LUC bills shortly and they are to leverage on the 25% early payment discount.

The ex-depot price is the price at which depot owners sell petroleum products to retail marketers.

The Independent Petroleum Marketers Association of Nigeria (IPMAN) has ordered its members to continue selling Premium Motor Spirit (PMS), known as fuel, at the old rate of N143 per litre until there is a new directive from the Petroleum Products Pricing Regulatory Agency (PPPRA).

This was disclosed by the National Public Relations Officer of IPMAN, Alhaji Suleiman Yakubu, during a media chat with the News Agency of Nigeria (NAN) on Wednesday in Abuja.

While reacting to the recent increase in the ex-depot price to N138.62 per litre from the previous N132.62 per litre, Yakubu revealed that IPMAN would brief its members on a new price regime once it receives a directive from PPPRA.

Recall that Nairametrics had reported that the Pipeline Petroleum Products Marketing Company (PPMC), a subsidiary of NNPC, recently fixed the ex-depot price for PMS at N138.62 per litre. PPMC’s Sales Manager, Mohammed Bello, had noted that the new price would take effect from August 4, 2020.

It should be noted that the ex-depot price is the price that depot owners sell petroleum products to retail marketers.

In the meantime, some media reports revealed that some fuel marketers had adjusted their pump price to reflect the new rate. It was reported yesterday that fuel marketers in Kano State increased the pump price of N150 per litre.

Some of the stakeholders in the downstream sector recently pushed for an increase in the pump price of petroleum products to reflect the current reality.

In the wake of the oil price crash, the Federal Government had announced the deregulation of the downstream sector of the oil industry with the removal of fuel subsidy.

Shoprite controls 22% of Nigeria’s formal retail, future to be driven by indigenous retailers