by Nairametrics
in MSME

Nigeria is indeed a Funny country. I read somewhere recently that the second clothing business, popularly called, okrika is booming. The report identified a seeming rise in the sale of particularly underwear boxers, pants and bras for men and women respectively.

The business is thought to be patronised mainly be “low income” earners. In fact, one of the sellers was quoted as saying that the cost of a bale (bag of second hand clothing) of second hand underwears costing N100k typically returns a profit of N50k or about 50%. That’s a remarkable return for fairly used underwear.

Why are second hand underwear this attractive?? One can easily conclude it is because it is cheap but that’s just part of it. Some actually believe they are of better quality and last longer that new ones. Isn’t that remarkable!!

Poison Pill, White Knight or People Pill: These strategies can help defend your company against a takeover 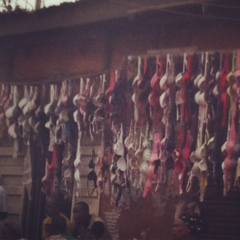