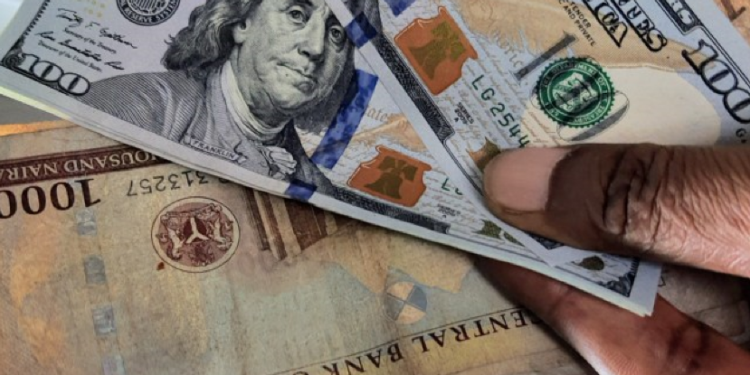 Friday, 19th November 2021: The exchange rate between the naira and the US dollar closed at N414.4/$1, at the Investors and Exporters (I&E) window, where forex is traded officially.

On the other hand, naira remained flat at the parallel market, as it closed at N546/$1, the same as recorded in the previous trading session. This is according to information obtained from BDC operators interviewed by Nairametrics.

Nigeria’s foreign reserve recorded a marginal decline of 0.03% on Thursday, 18th November to close at $41.41 billion compared to $41.42 billion recorded as of the previous day.

The crypto market continued in its cycle of bearish trades as the crypto market dipped about 1.22% in market capitalisation on Sunday to close at $2.6 trillion, largely due to the bearish performance of the flagship crypto assets, bitcoin and Ethereum.

The largest crypto asset by market capitalisation, bitcoin declined by 1% in Sunday to close at $59,171.56, while Ethereum recorded a 2.19% decline to close at $4,318.71. The decline has now been carried over to the early trading hours of Monday as bitcoin is currently trading around $57,354, while Ethereum at $4,179.

Meanwhile, the President of El Salvador, President Nayib Bukele, on Saturday revealed that the nation plans to build an entire city based on the trillion-dollar cryptocurrency asset, naming it, ‘Bitcoin City.’

According to President Nayib Bukele, the new city will be located along the Gulf of Fonseca, near a volcano. He also mentioned that the government plans on locating a power plant by the volcano to provide energy for both the city and Bitcoin mining.

The global crude oil market also traded bearish on Sunday as Brent crude dipped 2.89% to close at $78.89 per barrel following a series of downturns in the market, which saw the price of crude product fall below the $80 per barrel mark.

According to report from Reuters, the OPEC+ group’s compliance rate with the oil production cuts rose to 116 percent in October from 115 percent in September, as the alliance, especially the OPEC members in the pact, failed to pump to their collective quota.

Nigeria’s foreign reserve dropped marginally by 0.03% to close at $41.41 billion as of Thursday, 18th November 2021 compared to $41.42 billion recorded as of the previous day. The decline can be attributed to the continuous intervention of the apex bank in ensuring the stability of the exchange rate.

Meanwhile, the nation’s foreign reserve had gained $5.04 billion in the month of October, as a result of the $4 billion raised by the federal government from the issuance of Eurobond in the international debt market.