by Olumide Adesina
in Cryptos, Spotlight 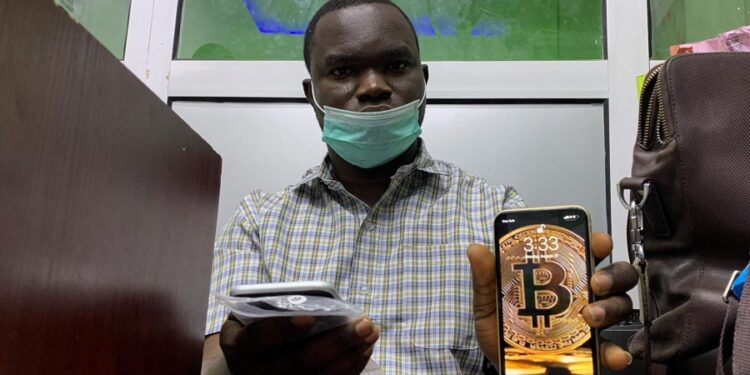 In the last week, Nigeria’s peer-to-peer transactions dropped by 43%. Nigerians posted weekly P2P volumes of about $9.4 million, followed by Kenyans and South Africans with nearly $2.8 million and $1.8 million respectively.

Peer to peer in BTC refers to an exchange of BTC between parties (such as individuals) without involving a central authority. Peer to peer exchange of Bitcoins between individuals and groups takes a decentralized approach but still, a growing number of Nigerians use their banks to settle in cash while carrying out their P2P trading.

P2P transactions are on the decline partly because the Central Bank of Nigeria recently ordered commercial banks to freeze the accounts of individuals trading crypto. The directive has once again reiterated its stance in a  post-no-debit circular dated November 3rd 2021, issued by J.Y. Mamman, the Bank’s Director of Banking Supervision.

Banking regulators appear to be closing accounts of residents and companies that trade cryptocurrencies as part of a broader plan. Banks were previously forbidden by the central bank from servicing crypto exchanges earlier this year. Among the reasons given for the restriction were volatility, money laundering, and terrorism financing.

According to a memo seen by Nairametrics, a tier-2 leading Nigerian bank has warned its employees not to assist cryptocurrency traders. Employees who wilfully conceal the existence of a crypto trading account will be punished, the bank said.

In the memo, the bank warned that all accounts found to be in violation of the CBN directive will be closed. To ensure full compliance with the CBN directive, all bank employees are now expected to monitor accounts, transactions, and customers.

Furthermore, the bank has created a list of 20 red flags that employees should watch out for so they can easily identify accounts that are used by cryptocurrency traders. Bank accounts receiving large numbers of daily inflows from numerous payees, and accounts that operate as bureaux de change without authorization by the CBN, are some of these red flags.

The bank would also red-flag accounts with large inflows and outflows over a period of time, as well as small companies with higher daily sales than what they should be.

Additionally, accounts that receive a large sum of money from multiple payees and make multiple payments to many individuals will also come under suspicion.