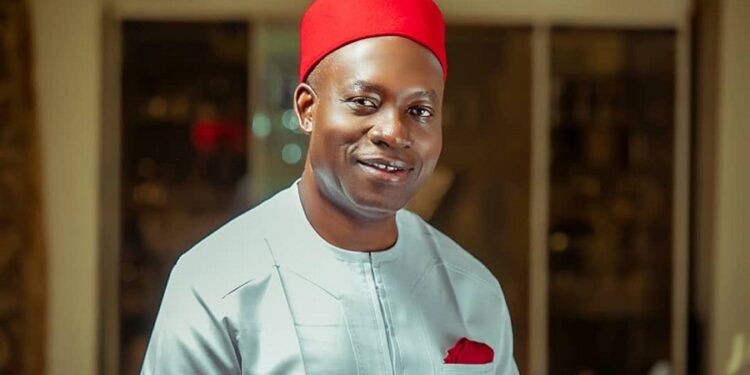 Chukwuma Soludo has been in the news in the last few weeks as one of the strong contenders for the Anambra State Gubernatorial election. When the election results started filtering in last weekend, he took an early lead and later sealed it with victory when the Independent National Electoral Commission (INEC) declared him winner of the elections.

This is not the first time Charles Chukwuma Soludo would be having the Governor title affixed to him, but perhaps the reason for all the attention now is that he was elected this time instead of appointed, as it was when he became Central Bank Governor.

Soludo hails from Isuanioma, in Aguata Local Government Area of Anambra State. He was born on July 28, 1960, shortly before Nigeria gained independence. He had his early education in Eastern Nigeria, rounding it up with a Bachelors, Masters and Doctoral degrees in Economics in 1984, 1987 and 1989, all from the University of Nigeria, Nsukka, Enugu state. Interestingly, he won prizes as the best student at all three levels.

Ten years after obtaining his Doctorate degree and actively pursuing a career in academia, he became a Professor of Economics at the University of Nigeria, Nsukka, Enugu State. At about the same time, he became a visiting professor at Swarthmore College in Swarthmore, Pennsylvania, USA; and a lecturer at Oxford, Cambridge, and Warwick University. Every bit worth his salt, Soludo has continually proven himself on different fronts, both local and global. He was a guest scholar at the International Monetary Fund (IMF), and Brookings Institution.

With time, his career gradually shifted from the Academia and he began to consult for major organizations including the United Nations Economic Commission for Africa, the United Nations Development Programme, and even The World Bank.

He has sat on numerous discussion panels, has authored many books and speeches on multi-country macro-econometric modelling, techniques of computable general equilibrium modelling, among others.

Read: What Nigeria may have bargained for with Emefiele’s reappointment

His foray into public service started as Chief Economic Adviser to former President Olusegun Obasanjo and the Chief Executive Officer of the National Planning Commission of Nigeria in 2003. His delivery in this role was commendable, and by the next year, he was appointed Governor and Chairman of the board of directors of the Central Bank of Nigeria (CBN).

The CBN official page details some of Soludo’s achievements as Governor to include championing the establishment of the Africa Finance Corporation (AFC), a continental, private-sector driven, investment bank. He also implemented a fundamental restructuring which led to unprecedented consolidation of the Nigerian banking system. He was recognized as a ‘Great Reformer’ by the Financial Times of London.

In 2019, he was appointed to the eight-member Economic Advisory Council (EAC) by President Muhammadu Buhari.

After concluding a single tenure as CBN Governor in 2009, Soludo first entered the Gubernatorial race in Anambra state as the consensus candidate of the People’s Democratic Party (PDP). He lost to Peter Obi. Next, he tried to clinch the ticket of the All Progressive Grand Alliance (APGA) in 2013 but was disqualified by the APGA Screening Committee.

Finally, in June 2021, the multi-award winning macro-economist clinched the APGA gubernatorial ticket for Anambra state, contested the election and was announced winner on November 10, 2021. In his speeches over the years, Soludo always expresses his desire to see Nigeria become Africa’s financial hub, and as Governor of Anambra state, he has his chance to start this within his state. He will succeed his party man, Willie Obiano.

Awards and other positions of interests

Some of the awards Soludo has earned over the years include the Global Banker’s Award in London in 2006. He also got the Global and African Central Bank Governor of the Year, in 2005, 2006 and 2007 by different international media institutions including The Banker Magazine which is published by the Financial Times of London.