by Op-Ed Contributor
in Opinions 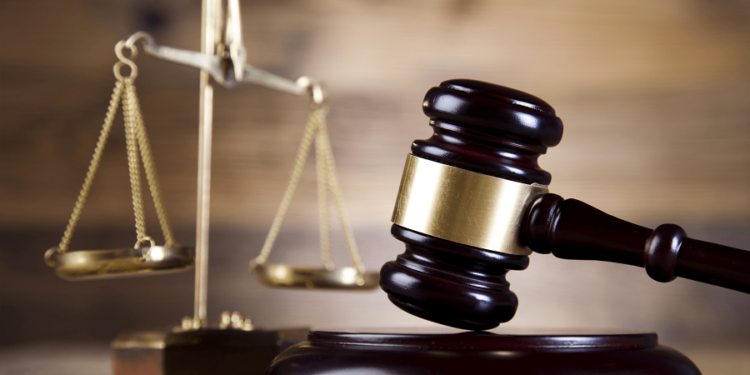 ….as Nigeria awaits Supreme Court ruling on appeal to set aside the judgment

The ongoing high-level criminal trial of the alleged Petro Union fraud case is set to resume on 15th November at a Federal High Court in Lagos. According to the hearing notice issued recently by the court, the trial court will conduct the matter exclusively over two days in the first instance.

The case, which kicked off in March 2020, was filed by the Economic and Financial Crimes Commission (EFCC) against Petro Union Oil and Gas Limited (Petro Union), its financial consultant, and four of its directors – Abayomi Kukoyi (trading under the name of Gladstone Kukoyi & Associates), Prince Kingsley Okpala, Prince Chidi Okpalaeze, and Prince Emmanuel Okpalaeze. The defendants alongside the firm are facing a thirteen-count charge on sundry criminal counts bordering on conspiracy, obtaining by false pretenses, forgery, and fraud proffered against them by the anti-graft agency on behalf of the Federal Government of Nigeria.

Previous hearings have revealed what appears to be a blatant attempt by the accused persons to use Nigeria’s justice system to perpetuate and validate corrupt practices. Testimonies from key witnesses for the prosecution have further exposed how the company and its directors allegedly plotted and conspired to defraud the Central Bank of Nigeria (CBN) and citizens of the Federal Republic of Nigeria. So far, eight witnesses have testified before the court including a former minister of Finance, a senior officer of the CBN and an ex-Union Bank UK staff.

In her testimony, Senator Nenadu Usman who served as Minister of State for Finance and later, substantive Minister said a letter came to the Office of the Minister of Finance from Petro Union in February 2007. According to her, the letter requested the mandate of the Ministry of Finance for the CBN to approve the investment of funds into Nigeria. Subsequently, the letter went to the Permanent Secretary, Ministry of Finance who, in turn, sent it to the Home Finance Department for advice. The Ministry concluded that what was required is for the Ministry to remind the Petro Union that the CBN does not require the mandate of the Minister of Finance before such foreign capital can be imported to Nigeria because it is not public funds. She concluded her testimony saying the Ministry was not in a position to, and neither did it confirm, the existence of the funds referred to in Petro Union’s letter.

Mr. Olugbemileke Akinyemi Akinwunmi, another key witness who works with CBN Abuja as a Principal Manager responsible for domiciliary accounts and management of inflows into the Revenue Account informed the Court that he was mandated to compile the series of records relating to correspondence between the CBN and Petro Union.

When explaining international transfers, he stated that all outflows from the CBN go through a platform called SWIFT and that all processes must pass through this platform and that for payments to be processed, there must be a Correspondence Bank for the inflow. He further explained tothe Court that the CBN services two categories of clients – Ministries, Departments and Agencies (MDAs) in one category, and Banks and other financial institutions in the second category. He stated categorically that beyond these two types of customers, the CBN does not maintain accounts for individuals and is not involved in the receipt of funds into Nigeria for private transactions.

He said he saw a copy of a statement allegedly presented by Petro Union as the statement of account of a company called Goldmatic Limited. Upon review of the statement, he confirmed that no company with that name exists in CBN’s records. From the name, it is safe to say the company is a limited liability company and CBN does not keep accounts for such entities.

Mr. Walter Mbah, now a pensioner, was an employee ofUnion Bank from October 1971 to March 2009, during which he had the opportunity to work at Union Bank LondonBranch between 2000 and 2001. He informed the Court that Union Bank, London branch received a request from the Bank’s head office in Lagos to confirm a cheque for GBP2,556,000,000 in 2001. As is the usual practice, the London Branch wrote to Barclays Bank for confirmation of the cheque. Barclays Bank responded via its own letter stating that the account against which the cheque was drawn had been closed since 1989.

It is expected that when the criminal trial resumes on Monday, 15 November 2021, the prosecution will conclude its case and the defence will open its case either immediately or at the next adjourned date.

Ayorunde Odunsi is a Lagos-based investment consultant with about 20 years experience.