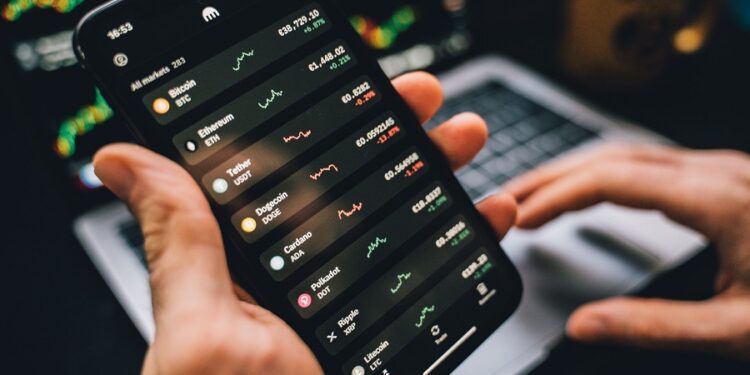 “I am in this to make 15x boss,” Wole, a cryptocurrency investor and advocate remarked as he boisterously listed the cryptos he has taken position in and why he is optimistic about the play.

Wole claims investing in cryptocurrencies is the best legit way of making money quickly in the world today. Why waste time investing in stocks that can take years to achieve the sort of returns you get investing in cryptos in less than a month. “Baba, it is common sense,” he re-emphasizes.

For the second year running, Cryptocurrencies are set to close the year again as one of the best performing investments in the world. Riding on blockchain technology, thousands of new cryptocurrencies in the form of tokens have been created providing investors with loads of options to throw their money into.

Some of the tokens have use cases while others are simple meme-based tokens that do not have any real use case. However, with the right hype and social media backing, these cryptos can gain over 1000% (10x) in a matter of weeks. Such is the allure of cryptocurrencies.

Another Crypto investor, Tomi Ade, an analyst by day and trader at night and during work intervals is fixated on her trades. With no prior background in financial markets or economics, trading in Cryptos is something she had to learn from her brothers. Convincing her to join the bandwagon was easy after they turned her N100k into N300k in less than 3 months. Now trading in Cryptos is a source of funding for her lifestyle.

“Crypto trading is risky but with the right picks, I make much more than I lose. It is also very easy to operate if you are determined to learn. Now I make enough money to give myself a trip to Dubai on holiday without depending on anyone,” she says.

Tomi also likes to exit 2x at the minimum when investing.

With this current possibility of making over 100,000% in a matter of weeks or months, many new-age investors are now uninterested in investing in other asset classes as they do not provide satisfactory returns to feed their appetite.

What is a good ROI?

Keith Speights, a healthcare investing analyst at the Motley Fool, explains that there isn’t one answer to what a good ROI is, but an important consideration in determining a good ROI is your financial need.

“For example, suppose a young couple is investing to pay for college tuition for their newborn child. A good ROI for them will be one that enables their initial and ongoing investments to grow enough to pay for college expenses 18 years down the road. This young family’s definition of a good ROI would be different from that of a retiree who’s seeking to supplement their income.

“The retiree would consider a good ROI to be a rate of return that generates sufficient recurring income to enable them to live comfortably. Of course, one retiree’s definition of living comfortably could differ from another’s, so their definitions of a good ROI could differ as well,” he said.

Teriba of Qualinvest Capital also explains that ROIs have a direct correlative relationship with risk appetite. He stated, “High-risk investments mean high returns and vice versa. As a fund manager, you have to balance your low risk and high-risk investments in other to have optimal performance on your portfolio.”

Based on this, he further stated that it can be inferred that if you’re expecting 100x returns on your cryptocurrency investments, you must be ready to lose it all.

Why Crypto investors expect these returns

A lot has to do with the current economic climate, especially in emerging economies. Nigeria for example has double-digit inflation which currently stands at 16.63%. Although the inflation rate has declined for 6 consecutive months since March, the prices of consumer goods have continued to increase. According to Nairametrics research team’s latest survey, the prices of major staple food items surged to record high across major markets. Notably, the price of pasta, cooking gas, beans, egg, and onions all recorded a significant spike in October compared to the previous month.

Even developed economies are faced with inflation concerns. Recently, the United States’ Labour Department report revealed that in the 12 months through October the consumer price index (CPI), increased by 6.2%, the biggest annual gain since 1990, 31 years ago. The president of the United States, through his official Twitter account, stated, “Today’s report shows an increase over last month on inflation. Reversing this trend is a top priority.”

Because of these inflationary concerns, investors are looking for assets that are fixed in supply or have deflationary functionalities in other to preserve their wealth. For example, there will only ever by 21 million BTC that will ever exist. Because of this fixed supply, coupled with investors growing demand for the asset, it acts as an efficient hedge against inflation, thereby preserving wealth. In the last 5 years, Bitcoin has returned over 1490% according to data from Trading View.

Why do these opportunities even exist in the first place?

Asides from this, we are seeing use cases like never before. From finance to art, to health, to insurance, to gaming and so on, blockchain technology has shown its versatility in creating value irrespective of the industry you operate in. Cryptocurrencies have proven to be applicable in almost all industries, especially the financial services space and institutions are also getting involved.

Another reason is the ease of entry into the market. Today, it is very difficult to invest in Gold or Silver and hence, the creation of ETFs to give indirect exposures into these asset classes. With cryptocurrency, all you need is a smartphone and a digital wallet which require very little KYC, to get immediate and direct exposure to cryptocurrency. Exit out of the market is also done at the click of a button.

Will this be a thing in the future?

In the short term, yes, because as previously mentioned, the industry is still new and this is also the reason behind the volatility we see in the market as many see the asset class as speculative and not many people understand the space.

Cryptocurrency and blockchain technology company TripleA estimates that there are now more than 300 million cryptocurrency users across the world. Compared to the world’s global population of 7.753 billion people, this is just 3.87% of the world’s population. This indicates we are still in the early days and mass adoption of this asset class is yet to begin.

In the long run, however, the moon boys need to tame their expectations as these opportunities will likely not be there. Think of it like the California Gold Rush of 1848.

When you invest in a promising project early enough, cryptocurrency or not, the chances that others will see value in the project as you do is very high and the need to invest in that project in an attempt to get a slice of the cake, is what brings value to your investment. This is a direct reflection of why 100x return in the cryptocurrency space is possible at the moment because a lot of these projects are young and many are seeing the value they possess.