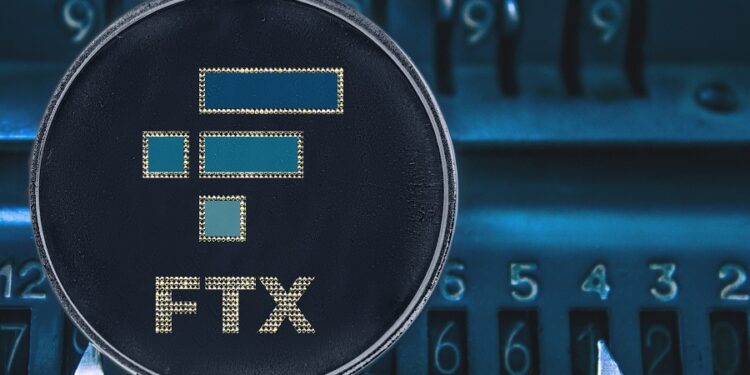 Coin cryptocurrency ftx token and the numbers of the arithmometer. The concept of ftx.

FTX U.S., one of the biggest crypto exchanges operating in the United States, released its third-quarter results which revealed that the firm’s trading volume gained 500% in the last quarter.

The company, the U.S. arm of crypto exchange FTX, revealed it held roughly 4.5% of U.S. crypto spot-market volume at the end of the third quarter, up from 2% at the start of that period, according to a press release.

Average daily volume grew more than 500% during the period, with peak 24-hour volume of around $807 million seen at the start of September. User count grew by more than 50% and headcount increased by 30%.

Win the trip of a lifetime to space with leading crypto exchange, Huobi Global

In the third quarter, Bitcoin rose to about 25% in the July-to-September period, while Ether advanced 33%. The company’s trend contrasts with figures from Coinbase Global Inc., the largest crypto exchange in the U.S., which reported a 75% drop in net income in the third quarter.

According to FTX US President Brett Harrison, he explained that FTX US is benefiting from a marketing strategy, mainly from affiliate FTX, that’s seen major outlays on high-profile sports sponsorships.

FTX sponsors Major League Baseball, bought naming rights to the arena where the Miami Heat basketball team plays and entered a long-term partnership with celebrity couple Tom Brady and Gisele Bündchen. It also purchased an ad in the upcoming Super Bowl, one of the most high-profile — and expensive — opportunities for publicity in sports broadcasting.

Earlier reported by Nairametrics, FTX US concluded its acquisition of Ledger Holdings Inc. in the fourth quarter. The parent-company of LedgerX, a digital-currency futures and options exchange and clearinghouse, now goes by the name, FTX US Derivatives.