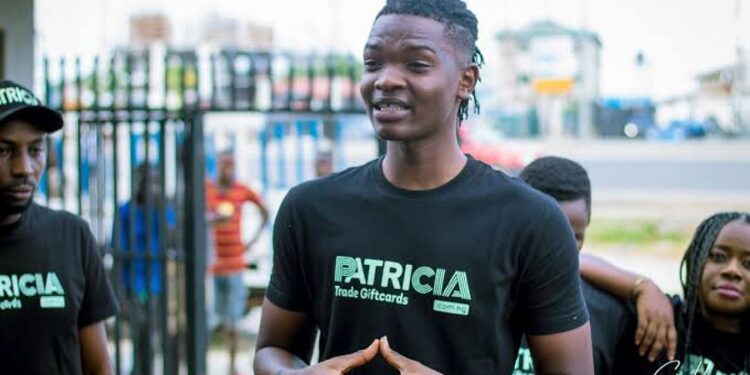 As it rebounds from a clampdown in Nigeria that nearly destroyed its business and forced it to relocate to Estonia, Patricia Technologies Ltd, a cryptocurrency exchange seeks to tap investors for the first time.

This comes after the court ruled for it to vacate with immediate effect, and the interim order to freeze two of the firm’s bank accounts that traded in cryptocurrency.

Founder Hanu Agbodje disclosed to Bloomberg that his company is now planning to raise as much as $50 million to upgrade its technology, hire blockchain engineers and keep up with regulatory requirements. Agbodje expects to raise the funds in the next six months.

As revenue dried up for many in the industry, Agbodje saw some potentials in the drawback and ended up buying three rivals. Patricia, who supports three crypto coins for trading on its platform, was able to increase its user base to 700,000 as a result of this.

“The crypto space is heavily frowned upon by regulators so we need to be 100% compliant as we enter new markets,” Agbodje said.

He explained that to help people understand the technology, a lot of the funds he plans to raise will go into marketing.”We need to find ways to break it down and reach as many people as we can,” he stated.

Abodje said also that the Nigerian apex bank may reverse its crackdown on crypto trading, at which time, the country’s crypto industry would just get “larger and greater.”

“In order to keep up with larger competition Binance Holdings Ltd., the world’s largest crypto exchange, Patricia is aiming to expand.”

However, the response from regulators tells a different story, “Our financial system does not have a space for cryptocurrency,” Central Bank spokesman Osita Nwanisobi said to Bloomberg said in response to an email yesterday.

Nairametrics reported in 2018 that the Central Bank of Nigeria issued a statement reiterating that cryptocurrencies are not a legal tender and as such, are illegal.

Also, in a circular dated 5th February 2021 and distributed to regulated financial firms, the apex bank of Africa’s largest economy warned and reminded local financial institutions against having any transactions in crypto or facilitating payments for crypto exchanges.

The Nigerian Central Bank took further steps and locked the bank accounts of some fintech platforms, including RiseVest, in August.

As of October 25, 2021,  the Federal High Court in Abuja had vacated with immediate effect an interim ruling under which the Central Bank of Nigeria (CBN) froze the bank accounts of RiseVest Technologies in two banks.

Nigerians are adopting virtual currencies as a hedge against the country’s capital limitations and to send money, despite the Central Bank’s resistance and a lack of coherent rules guiding cryptocurrency use in the country.

According to a Statista poll, individuals in the West African nation have the largest share of such assets per capita in the globe. As a result, crypto exchanges like Patricia are expanding rapidly.