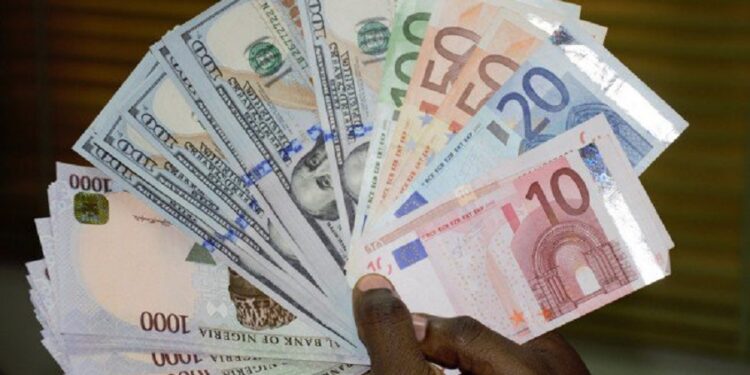 This also represents the second consecutive depreciation in the exchange rate. Meanwhile, naira continues to trade at N570/$1 at the parallel market, maintaining the same rate since 1st November 2021. This is according to information obtained by Nairametrics from BDC operators in Lagos.

Nigeria’s foreign reserve resumed the week with a $103.69 million decline on Monday to close at $41.6 billion. This represents a 0.25% decline compared to $41.7 billion recorded at the end of the previous week.

Banks must meet certain criteria before dealing with crypto, says US regulator

The exchange rate depreciated against the US dollar on Tuesday, 9th November 2021 for the second day in a row, to close at N415.07/$1 compared to N414.55/$ recorded in the previous trading session. This represents a 0.03% decline in the country’s exchange rate.

READ: CBN refutes claims that exchange rate has been removed from its website

The cryptocurrency market started the day on a bearish note with a 0.62% decline in the industry’s market capitalisation to $2.863 trillion as of 7:00 am on Wednesday. The negative trade is mostly attributed to the performances of the two most capitalised crypto assets.

Meanwhile, Nairametrics had reported that Bitcoin could rally as high as $80,000 in November as a result of volatility squeeze as well as net accumulation by Whales, a term used to describe institutions or big-money investors in the cryptocurrency market who are playing a huge part.

The crude oil market gained momentum on Tuesday, rallying above $85 per barrel as the American Petroleum Institute reported its first crude oil inventory draw in about six weeks. The API estimated the inventory draw of crude to be around 2.485 million barrels.

Nigeria’s foreign reserve declined for the seventh consecutive day, having recorded continuous positive growth in the past two months. The country’s reserves decreased by 0.25% to close at $41.6 billion as of 8th November 2021, compared to $41.7 recorded the previous day.

However, the nation’s foreign reserve gained $5.04 billion in the month of October, as a result of the $4 billion raised by the federal government from the issuance of Eurobond in the international debt market. The gains recorded in the previous month are higher than the $2.76 billion gain recorded in the month of September 2021, while the recent decrease puts the year-to-date gain at $6.22 billion.

So far in the month of November, Nigeria’s reserve has lost $221.42 million.