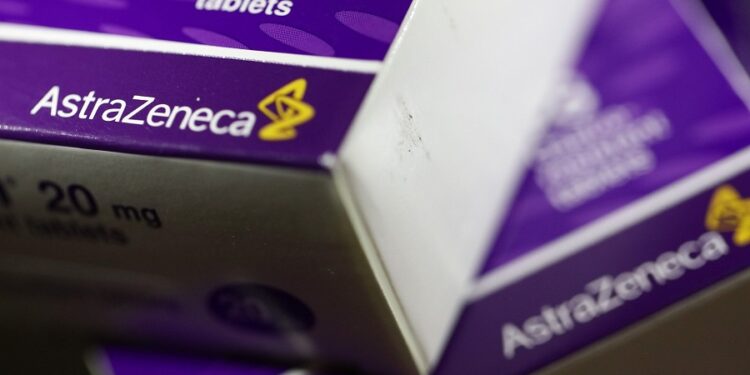 AstraZeneca Tablets At A Pharmacists As Company Explores Deal With Acerta Pharma...Packets of Nexium, manufactured AstraZeneca Plc, sit on a table at a pharmacists in this arranged photograph in London, U.K., on Monday, Dec. 14, 2015. AstraZeneca Plc said it's exploring a deal with Acerta Pharma BV that would give the U.K. drugmaker a potential blockbuster medicine for blood cancers as well as diseases in which the body attacks itself. Photographer: Simon Dawson/Bloomberg

According to the regulator, the provisional determination is the first step in the process, after which drug company, AstraZeneca, will be expected to submit an application for provisional registration.

Although, the antibody cocktail is still under review in Europe and is pending emergency approval in the United States, the determination of the antibody-based therapy comes as Australia makes efforts to boost its vaccination rates, launching booster shots, amid easing curbs.

The AstraZeneca antibody cocktail has proven to save lives when given as treatment within a week of first symptoms and prevent severe diseases as well as proven to work as a preventative shot in the non-infected.

Apart from the AstraZeneca pill, other Covid-19 pills that have been produced but are awaiting necessary regulations include the Pfizer, Merck antiviral pill. However, Merck’s antiviral pill, monulpiravir, has been approved in the United Kingdom, which has become the first country in the world to approve a potentially game-changing COVID-19 antiviral pill jointly developed by Merck and Ridgeback Biotherapeutics.

The Merck antiviral pill is the first oral antiviral treatment for COVID-19 to be approved, having been monitored closely since data last month revealed that it could halve the chances of dying or being hospitalised for those most at risk of developing severe COVID-19 when given early in the illness.