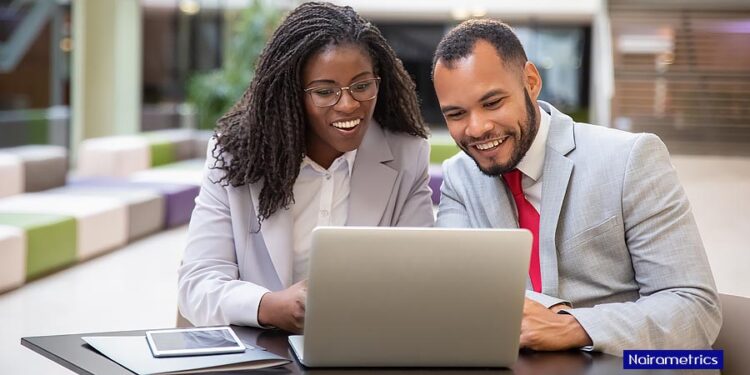 Startups operating across several sectors in Nigeria raised an estimated $248.6 million, an equivalent of N102.77 billion funding in the third quarter of 2021. This represents an increase of 103% compared to $122.76 million raised in the second quarter of the year.

A further breakdown of the data shows that firms in the financial sector received almost half of the total amount raised in the period under review. The data is tracked from fundraising information contained in official press releases published by Startups operating in Nigeria. Nairametrics keeps records of all corporate deals involving businesses in the country including Startups.

In our first series of articles preceding our deals book report for the third quarter of 2021, we focus on the top biggest fundraisers in the Startup community for the period under review. Our latest report reveals that Startups across the country ramped up efforts at fundraising, closing deals at different stages of funding rounds. Deals cut across 12 major sectors of the economy with Financial Services attracting the most interest in terms of amount raised and number of deals closed.

Nigerian based spices producing, processing, and exporting company, Agricorp International raised $17.5 million in ‘Series A’ funding to increase its processing capacity up to 7000 metric tonnes per annum in September 2021.

The health technology company advancing African genomics research for improved global health outcomes secured $25 million in a Series B round in September 2021. The round was led by Cathay AfricInvest Innovation Fund. The round also included participation from Adjuvant Capital, KdT Ventures, Plexo Capital, Endeavor Capital, Ingressive Capital, and others.

This round comes a year after the company raised $15 million in Series A and two years after closing a $4.5 million seed round. This brings the company’s total investment to date to more than $45 million since being founded in 2019.

MAGIC Fund, the global collective of Founders announced that it raised a $30 million fund in July 2021 to continue to back its early-stage startups. One-third of the entire fund was contributed by its founder GPs, while LPs include Y Combinator’s Michael Seibel, Tim Draper, Ace & Company, Rappi’s Andres Bilbao, Octopus Ventures’ Kirsten Connell, Paystack’s Shola Akinlade, Flutterwave’s Gbenga Agboola, and Katie Lewis, among others.

MAGIC Fund is a global collective of founders that back other founders solving daunting challenges. Since its establishment in 2017, it has invested in about 70 companies, including Nigerian fintech startup Mono.

Nigerian fintech startup, FairMoney raised a sum of $42 million, through its Series B round in July 2021. The round was led by the US hedge fund and investment firm, Tiger Global. Existing investors that participated in the round include DST Partners, Flourish Ventures, Newfund and Speedinvest.

The investment comes after FairMoney raised €10 million Series A round two years ago and €1.2 million seed in 2018.

Also, one of the company’s existing lenders, Emso Asset Management, and the IFC contributed a US$40 million debt element to help it grow its vehicle financing book.

This report excludes deals reported as “undisclosed”. Some of the deals include TeamApt, Tx Africa, Savi.ng, Gamr, and Sabi.

Nairametrics deals book summarises most of the corporate deals announced in Nigeria. It is a compilation of official press releases and media reports sourced by Nairalytics, the data and research arm of Nairametrics.