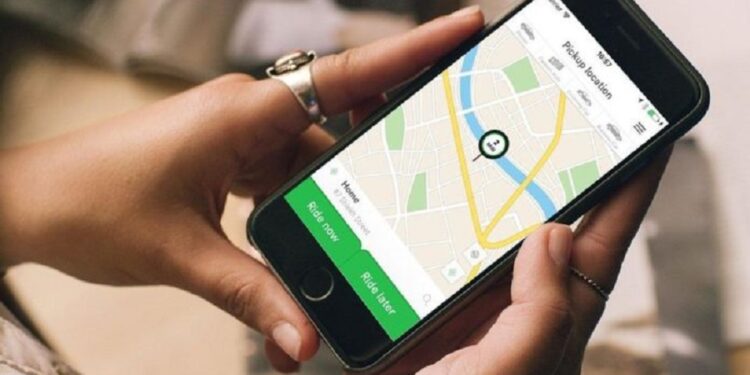 …After they take their commission and we take out fueling and other expenses, what’s really left for us?

This was Tope’s rhetorical question as he recounted his experience offering cab services under the Uber platform. For Tope and many other drivers operating out of the two main ride-hailing platforms in Lagos (Uber and Bolt), dealing with passengers offline has proven to be a more profitable way to make money from their daily hustle as cabbies.

The drivers who spoke to Nairametrics requested we use their first names to avoid being punished by the ride-hailing services.

Nigeria has been a major market for ride-hailing services in recent years. These companies are changing the mobility landscape in the country; from offering employment opportunities to providing convenient, quick, relatively safer modes of transportation.

Lagos and Abuja are top cities where these services are operational, although Bolt also operates in other major cities. Averagely, drivers can complete as many as ten or more trips daily and make as much as N60,000 to over N100,000 weekly depending on factors such as location, demand surge and how many hours individual drivers are willing to put in.

What are the drivers saying?

While many of the drivers that Nairametrics interviewed agreed that the ride-hailing apps are a welcome innovation and useful tool for their business, most complained bitterly about the commission being charged by the app operators alleging that these fees are high and particularly unreasonable for short trips that do not exceed N1,500.

For Tope, the Uber driver referenced earlier, the N250 charged by Uber for a trip of N1000 is prohibitive. While Bolt charges a commission of 20% on every trip across Nigeria, Uber charges 25% as commission.

Tope told Nairametrics that from a passenger’s disposition towards him, he can decide whether or not to ask the passenger to keep him on their contacts list and call him directly next time they need a ride.

“Whenever I pick a nice and friendly passenger, especially those that live in the same suburb as me, I politely ask them if it would be okay to save my number and call me whenever they need a ride.

“I have gained quite a number of private passengers in this way and sometimes, I may not need to get on the app to make as much as N25,000 a day,” he explained.

Another driver, Sunday, said, “I don’t think the commission price is fair sha, it’s too high. Do you know that for every N1000, Bolt takes N200? And they don’t charge the passengers enough to start with. That’s why I prefer to deal with passengers I have built a rapport with offline. I get to keep all my money from the trip.”

Sunday admits to having a day job but keeps his cab services as an evening/nighttime and weekend side hustle. For him, Bolt is preferable to Uber because of its service availability in many major cities around the country.

“If I relocate to another city in Nigeria now, I can still continue my business,” he quipped. The freedom to fix prices and keep all the money is a major catch for why he prefers to deal with passengers offline.

“I make more money driving offline because I fix the price myself and pay no commissions to anyone. Nighttime is even more profitable,” he told Nairametrics.

In Abidemi’s case, a passenger’s mode of payment determines whether he would continue with the trip online or offline.

“When I go to pick up a passenger, especially on weekends, I tell them to cancel the ride for us to go offline if they choose card trip. I don’t mind waiting for them to withdraw cash to pay me. If a ride is, say 1500 on the app, I can charge 2500 for an offline ride.”

For John, although dealing with passengers offline is more profitable, it is also risky. To mitigate this risk, he only operates offline during the day. He said, “No doubt, we make more money from such trips because the rider would either pay cash or transfer to our personal account without paying commissions to the ride-hailing firm. However, I operate offline in the morning or afternoon because some riders are not comfortable with such arrangement in the evening for security reasons.”

Banjo, on the other hand, takes advantage of peak periods to go offline.

“Passengers can already see an estimate of what their trip would cost on the app so, with a little cajoling, they usually agree to let us make the trip offline,” he said.

On the flip side…

While many drivers complained about commissions being high, Dennis, a driver with Bolt said they were comparatively cheaper than what is obtainable with regular yellow and black painted taxis in local parks.

“The commission is not bad for me. When I was driving a normal Taxi, I was buying tickets, paying Agbero, and sometimes they might even damage your car while collecting their money.

“Since I started driving with Bolt I don’t experience such. The Agbero won’t even know that you are coming to pick a passenger.

“Offline is better for me, nonetheless, because I make more money from it. On some good days, I can pick one passenger, drive them around all day and make a decent amount of money. Sometimes, my offline hustle pays as much as N30,000 per day,” he explained.

Other complaints from drivers

Tope lamented that it is getting increasingly dangerous to be an Uber or Bolt driver because people are getting very desperate in the face of harsh economic realities. He stated that a lot of drivers have had been robbed of their vehicles and some kidnapped and killed by ritualists posing as passengers.

“When the app ends a trip at the point plotted in the in-built map by the passenger, some passengers will complain that this is not their final destination. Some give the sincere excuse that they could not locate their exact destination on the map, while others use this avenue to lure unsuspecting drivers to their doom,” he explained.

Further, he complained that where such situations occur, the map only recognizes the location plotted by the passenger as the final destination and does not reckon with any further travel. Since the extended distance covered is not logged on the system, it may be a herculean task tracing the whereabouts of a missing driver.

Even worse, a driver cannot decline a passenger’s request to extend the travel distance beyond what is indicated on the app as the passenger may become cantankerous and refuse to pay for the “incomplete” trip.

For David, another respondent, the fact that some riders are unexplainably stingy with ratings is also a source of discouragement.

He said, “I have used both Uber and Bolt. I don’t like any of them. I just use them to locate passengers most times and then I go offline if you don’t have cash.

“If a rider rates you low this person will block you from their app. And some riders don’t like giving 5-star ratings.

I make more money from offline trips than online especially at airports, although that is becoming difficult because the airport taxi drivers complain that we are stealing their passengers.”

What are the app operators saying?

A source in Bolt, who prefers anonymity, disclosed that her ride-hailing firm frowns at such ‘offline’ arrangement between riders and passengers.

She said, “We have explained to the drivers several times to desist from such arrangements because it is dangerous for them, as it exposes them to danger.

“On the part of the riders, we have also warned them to desist from such acts and report such drivers to us for necessary actions to be taken. We have had cases where some of such drivers were attacked by riders or their accomplices and vice versa and such incidents are not traceable because they are done offline. We are adopting some measures to check such acts and this will be implemented shortly.”

A private transport operator, Onwordi Johnson told Nairametrics that drivers and passengers of ride-hailing apps need to be more safety-conscious in their dealings.

He said, “Having spent several years as head of logistics in an oil and gas firm, I can confidently tell you that safety and good journey management procedures are things that these app operators, their drivers and even passengers should be very concerned about, especially as the festive seasons draws closer.

The app operators need to look into the grievances of their drivers and find middle ground solutions that foster safety for both the drivers and passengers. I do not subscribe to offline trips personally, because if things go south, the app operator is not liable for any harm done to either the driver or the passenger.

“Where drivers have to go beyond what a passenger has plotted on a map, such a driver should also find ways to ensure that their real-time location is being tracked by some other person for safety reasons.”

Onwordi, who runs a series of vehicles interstate said that all his vehicles have car trackers installed, with a small monitoring team watching the real-time progress of every vehicle in his fleet.