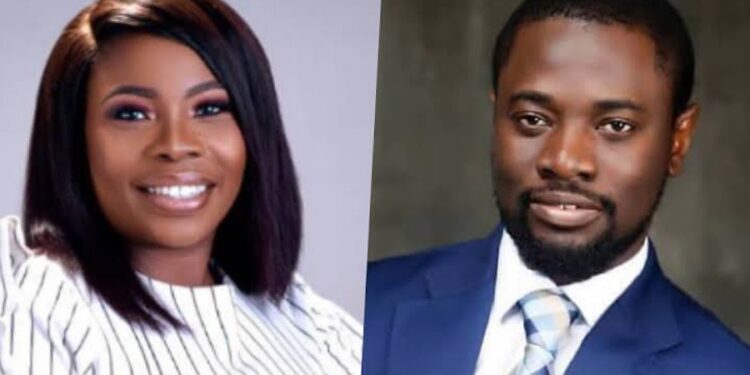 An Ikoyi division of the Lagos State High Court has threatened to sanction bank executives who fail to disclose the amount to the credit of Bamise and Elizabeth Ajetunmobi, owners of Imagine Global Holding Company Ltd and Imagine Global Solutions Ltd.

At the last adjourned date, the court had restrained commercial banks from releasing N11.79 billion funds to the couple. The judge also ordered banks to file and serve the amount on the applicants’ counsel, an affidavit disclosing the balance in the defendant account within seven days.

According to ChannelsTV, the presiding judge, Justice Toyin Oyekan-Abdullahi expressed displeasure at the conduct of banks who did not comply with the court order. She said, “The court will not allow the citizens of this country to keep weeping because of the absconding investors.”

Ponzi couple: Here’s what we know about Bamise and Elizabeth Ajetunmobi

At the resumed hearing on Wednesday, Justice Toyin noted that some banks are yet to comply with the court’s order made on October 20.

She threatened that, not only will she sanction bank executives who default the court’s order, but lawyers, who act contrary to the order of the court risk being sanctioned.

Mainstreet Capital Ltd through their lawyer filed an application seeking to join as co-claimant in the suit. But counsel to claimants opposed the application saying anyone with a grievance against the couple “should go and file his own case.”

Wema Bank was one of the affected companies which allegedly gave a loan to Imagine Global in September 2021, after accepting the Ajitunmobis properties as collateral. Wema Bank as an interested party filed an application seeking to discharge the order of the court.

However, counsel to claimants opposed the application on the ground that Wema Bank is equally a victim as much as the claimants because of the personal guarantees the defendants executed in favour of the claimants in January 2020.

The applicants alleged that N17 billion had passed through Imagine Global’s account with Wema Bank between May 2020 and May 2021 and the bank is yet to place before the court the detailed statement of the companies account.

The judge adjourned the matter till November 11 to enable banks to show cause in compliance with the order of the court.

Last month, Nairametrics reported that the court restrained the defendants from accessing funds in 21 commercial banks in Nigeria over an alleged N22 billion scam.

Nairametrics also reported that the couple who had allegedly conned investors, defrauded them of an estimated N22 billion.