Top 5 Cryptocurrencies to watch in ‘Up’tober 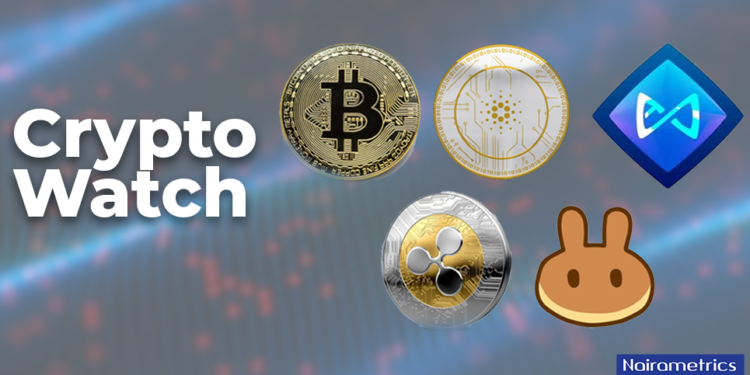 As you would expect, the altcoin market also crashed much steeper than Bitcoin. With many top altcoins like ADA, BNB, XRP, SOL all posting double-figure losses in the month. The altcoin market capitalization lost 12.22% in September from approximately $1.2 trillion to stand at $1.06 trillion at the end of the month.

As previously mentioned, a major topic of discussion was El Salvador’s adoption Bitcoin as a legal tender. El Salvadorians now use Bitcoin as a means of payment to purchase goods and services as it is mandating that all vendors accept Bitcoin. We have seen global retail chain stores like Starbucks and Pizza Hut accept Bitcoin as a means of payment. Also, while the market crashed to lower levels, the President of El Salvador, Nayib Bukele took to Twitter to announce that his nation ‘bought the dip,’ every time Bitcoin’s price declined.

Top 5 cyptocurrencies to watch in September

5 Crypto coins to invest in that are less than $1

There is now more optimism in the market after the declines in September. Many in the cryptocurrency community are calling the month of October, ‘Uptober,’ and so far, it is living up to that name. On the first day of the new month, Bitcoin gained over $4,000 from $43,320 to $48,116. This has also sparked a rally in the market with many analysts predicting that Bitcoin will break to new all-time highs (ATHs) in the 4th quarter of the year.

With the current momentum in the cryptocurrency market, here is a look at 5 cryptocurrencies investors should watch out for in ‘Uptober’ 2021.

Bitcoin declined by 10% in the month of September and so far, it has recovered all its losses on the first day of the new month. Nevertheless, there is a lot of work to still be done before we see new ATHs for Bitcoin. A major challenge will be Bitcoin breaking the $50,000 trading zone.

So far, all on-chain analytics data suggest that Bitcoin breaking the $50,000 zone is a matter of when and not if. William Clemente, an on-chain analysts’ expert, explains that whales (big money investors) have been buying up Bitcoin since late July. He uses a metric called entity flows and states, “comparing the behaviour of different market participants separated into cohorts based on the size of their holdings. Whales have been buying since late July. Shrimp, crabs, fish, & octopus have been stacking harder than ever. The only cohort that has been on a decline is the 100-1K cohort, which has just recently started increasing their holdings as well.”

He further explains, “So where are those coins coming from? And who has been doing the selling over the last few weeks? The first answer is that coins have been coming off exchanges. Exchanges are down 2,869 ($134M) this week, down 62,251 BTC ($3.2B) this month. At the same time, we’ve seen BTC continually locked up by entities with low spending behavioural, meaning they are statistically unlikely to sell the BTC they take in.”

Cardano is still one of the most talked-about cryptocurrencies in the month of September as its native token, ADA, still maintains the 3rd spot as the most valuable cryptocurrency by market capitalization despite the market decline that pushed the price lower. ADA in the month of September lost approximately 26.5% from $2.87 at the beginning to end at $2.11. The launch of its Smart Contract platform caused the coin to rally above $3 in August but soon after, it would seem like a ‘buy the rumour and sell the news,’ effect happened because, after the launch, the price began to decline.

Cardano’s native token, ADA, is currently trading at $2.19, down 4% as of the time of writing this report.

PancakeSwap is a decentralized finance (DeFi) application that allows users to exchange tokens, providing liquidity via farming and earning fees in return, on the Binance Smart Chain (BSC) network. The platform, according to DeFi Llama, has over $4.89 billion Total Value Locked (TVL) on its platform and this grows even further as the platform has officially launched its NFT marketplace. On the first day of the launch, the platform did a volume of 9507 BNB. This is equivalent to approximately $4 million. Today, just 3 days after the launch, the platform has done a volume of 13,832 BNB (approximately $6 million). DappRadar ranks PancakeSwap’s NFT marketplace as the 5th highest by volume in the last 24 hours. This means there is more traction for the platform especially because of the low transactions fees it offers.

The Axie Infinity platform took the gaming community by storm. The platform has been responsible for astronomical growth and interest in the NFT and blockchain gaming industry. In September, the platform generated over $220 million (64,933.71 ETH). Although the coin traded as low as $48 in September, it ended the month gaining 0.62% from $74.05 at the beginning of the month to end at $74.51.

Axie Infinity AXS token is currently the top trending coin according to coinmarketcap as the platform recently announced its staking program. The announcement went ahead to push the price of AXS to trade an ATH of $119.92 just yesterday. According to a blogpost announcement released by the platform, holders of the AXS token can begin staking their digital assets and rewards will be activated in 24 hours. AXS is currently ranked #30 by market capitalization, flipping well-known cryptocurrencies like THETA, CAKE and EOS.

Although ripple is currently in a lawsuit with the SEC, the CEO, Brad Garlinghouse, has stated that he is willing to settle the lawsuit when the SEC clearly defines the regulatory status of the XRP token. Ripple has been in a court battle with the SEC for almost a year, in which the SEC has accused Ripple and two of its executives, Ripple’s CEO Bradley Garlinghouse and Ripple’s co-founder and executive chairman of its board, Christian Larsen, of conducting a $1.3 billion unregistered securities offering.

Despite the lawsuit, the company continues to run its regular day to day activities and meets up with its objectives and obligations. Ripple recently launched a $250 million fund for creators, marketplaces and brands to explore new use cases for non-fungible tokens (NFTs) on its ledger, XRPL. If in fact, the lawsuit comes to an end, many analysts have stated that a $20 XRP is ‘conservative.’

Top 5 Cryptocurrencies to watch in ‘Up’tober