The journey to El-Salvador’s ‘Bitcoin Law’ 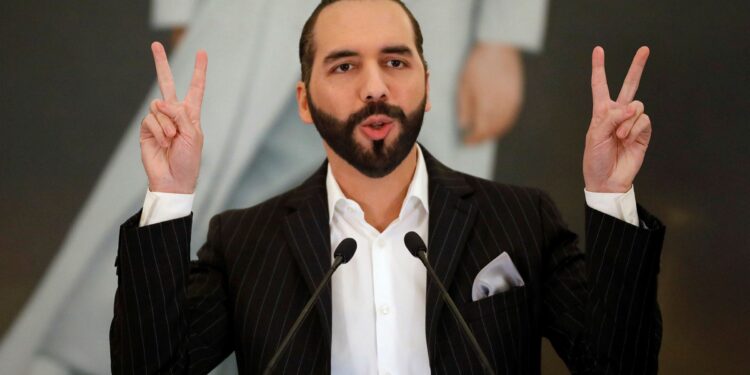 As of today, Bitcoin is now officially a legal tender in El Salvador, three months after the Bitcoin Law passed the country’s legislature. According to the law, “every economic agent” must accept the use of bitcoin as a legal form of payment under the law.

The need to adopt Bitcoin as a legal tender came about as a result of the financial inclusion gap that exist in the country. El Salvador is home to approximately 6.5 million people in which 70% of them do not have access to financial services.

The passing of the law, which is now dubbed ‘Bitcoin Law,’ has had significant push back from international bodies such as the International Monetary Fund (IMF) and the World Bank, both disapproving of the step the Latin American country is taking. Asides from these international bodies, well-renowned economics, Steve Hanke, known for his work as a currency reformer in emerging-market countries such as Albania, Argentina, Bulgaria, Bosnia, and Herzegovina, Ecuador, stated that the adoption of Bitcoin as a legal tender will “completely collapse the economy.”

Even with so much criticism of the Bitcoin law, many in the cryptocurrency community are excited that a nation is adopting Bitcoin as a legal tender. The Bank of America recently outlined at least four potential benefits to El Salvador accepting Bitcoin. In a report published in July, the bank said the country’s adoption of BTC could streamline remittances, promote financial digitization, provide greater consumer choice and open the country to foreign investors.

The government has been making significant investments to aid the adoption of Bitcoin in the country. First, as an incentive to adopt Bitcoin, the government stated that the adult population of El Salvador will receive $30 worth of Bitcoin when they use the government issued wallet called “Chivo.” According to Willy Woo, an on-chain analysis expert, the total adult population of El Salvador is around 4.5 million. Although the exact figures are hard to find, Statista, in 2019, said the population aged 15 and above was 4.72 million. Using Willy Woo’s estimation, the government will be looking to purchase $135 million worth of Bitcoin to fulfil its promise to the people. This is evident as the President announced that the country has bought 400 BTC and is expected to buy more.

Asides from this, the government has been able to install over 200 government-backed crypto ATMs, which would allow local citizens to exchange between Bitcoin and USD without paying commissions.

Last week, El Salvador’s Legislative Assembly also passed legislation to allow for the creation of a $150 million dollar Bitcoin Trust to support the development of crypto infrastructure and services across the country. The Trust is designed to facilitate conversion of Bitcoin into U.S. Dollars and support the roll out of vital technological infrastructure enabling widespread adoption of crypto assets.

While the move marks a world-first, El Salvador’s President Nayib Bukele said in a tweet the “bitcoin process” in the country comes with a “learning curve.” He stated, “We must break the paradigms of the past. El Salvador has the right to move toward the first world.”

Michael Saylor, Bitcoin Enthusiast and CEO of MicroStrategy stated in a tweet that, “On September 7, El Salvador will officially begin using #Bitcoin as its national currency alongside the U.S. dollar. Every cyber hornet 🐝 I know is planning to buy $30 in BTC tomorrow in solidarity with the people of #ElSalvador and their leader @nayibbukele. Will you join us?” His tweet comes as many in the cryptocurrency community are planning to buy $30 worth of bitcoin to commemorate the occasion known colloquially as “Bitcoin Day.”

Binance’s CEO, Changpeng Zhao, tweeted, “So far, only 1 country in the world uses #crypto as legal tender. Just the beginning.”

Ciara Sun, the vice president of Global Business and head of listing and blockchain investments at Huobi Exchange stated, “#ElSalvador holds 400 bitcoins, President Nayib Bukele said. And today the country formally adopts #BTC as legal tender alongside the US dollar. Congratulations to all Salvadorian, this is history in the making.”

Presidential legal advisor, Javier Argueta confirmed in an interview that it is mandatory to have an electronic wallet to receive payments in bitcoin, despite the fact that the payment may not be received in that cryptocurrency but in dollars. Bitcoin is trading $52,200, up 1% as of the time of this writing.