Rising global inflation rate, growth in US Economy could trigger further depreciation of the naira 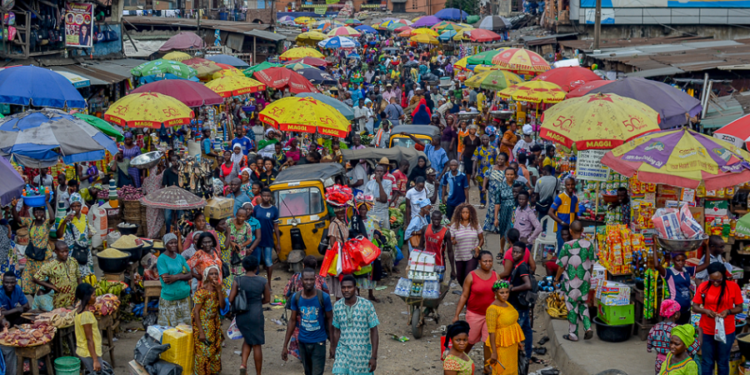 “Risk premiums will increase significantly, the most indebted countries will struggle to service their debt, and a significant financial crisis will begin in the global economy in the first quarter of 2023 — one comparable to the 2008-2009 crisis, with a long period of uncertainty and a protracted recovery,” it stated.

For Nigeria, an economic crisis is an incessant and unsustainable depreciation of the exchange rate much of which the economy is currently experiencing. At an exchange rate of N530/$1 at the black market, there is palpable fear that we could be approaching N600/$1 by year end. This is mostly due to rising inflation, imported inflation and a stronger and growing western economy. The warning from Russia’s central bank is not to be taken likely.

This is also not the first-time central banks across the world are warning of an impending economic crisis that could be triggered by high inflation. The reason of course is that high inflation raises borrowing costs and also triggers an outflow of foreign investments from emerging economies like Nigeria, starving it of forex and sending its economy into a tailspin.

Apart from higher inflation, an even more ominous scenario for Nigeria and other sub-Saharan African countries that rely heavily on foreign investments to keep their exchange rates stable is if the United States economy continues to grow and economies in emerging markets like Nigeria continue to falter.

Already, the US is set to reclaim the top spot for foreign direct investment in the world, a position it lost to China last year. Its propensity to attract capital inflows due to a stronger economy and potentially higher return is a recipe for economic crisis across emerging markets.

Higher inflation in developed economies, faster economic growth rate, outflow of investments into richer countries, insecurity in poorer countries, all lead to a chain reaction that is daunting and hunting emerging economies like Nigeria.

US inflation rate topped 4% in July suggesting a rate hike might be imminent. When inflation rate is higher, investors in the US and other larger economies, expect interest rates to rise, thus making their domestic capital markets even more attractive.

In the past, a growing US economy aids higher remittances for developing countries like Nigeria but lately, this has not been the case. Diaspora remittances are no longer as robust as they were.

Nigerians are already experiencing the challenges of economic growth in western countries compared to emerging frontier economies in Africa. As the local economy struggles to survive the continuous effects of the covid-19 economic setback, more and more Nigerians are looking abroad as an alternative to its faltering economy.

When western countries experience an economic boom, their currency strengthens against weaker ones like Nigeria, piling pressure on an already precarious situation. They attract even more investments from foreign investors who countries like Nigeria rely on for dollars.

Currencies of African countries like Ghana, South Africa, Kenya and Nigeria have all touched various levels of all-time lows this year. Ironically, to curb the effects, these countries will have to borrow in foreign currencies to achieve a manageable balance of payment.

The effect of taking on debts amidst a depreciating currency and high inflation is higher borrowing rates. Nigeria for example is suffering from a high debt servicing to income ratio while others have to deal with higher debt to GDP ratios.

This cascading consequences can only be mitigated by structural changes in the country’s revenue-generating capacity, a boost in GDP growth rate, and more importantly, being able to generate a significant amount of foreign currency inflows. But these are longterm solutions that do not address the challenges of today.

How it affects you

Its implications are one too many for country and citizens. Some of the regulatory onslaughts affecting the financial sector are practical examples of an indirect effect.

To stem the outflow of forex in the country, the central bank has continued with its policy of capital controls, and foreign transaction restrictions that impede commerce, especially in the FinTech space.

These actions create social reactions that set the stage for varying reactions.

How bad can it get?

An exchange rate of N600/$1 was incomprehensible earlier in the year but at N530/$1, it is ever more likely.

Nigeria needs oil prices to keep rising and for diaspora remittances to increase in tandem with US growth. The same people that have left Nigeria for a better life may well be the saviour we need to avoid the scenario painted by the Russians.

Oil prices topped $75 a month ago but have since pulled back as the Delta variant threatened to jeopardize global economic recovery. As per remittances, recent actions by the central bank to improve the situation hasn’t stopped the exchange rate from depreciating at the blackmailer.