The Federal Government has disclosed that it would provide mortgage loan guarantees to low-income earners, on low-interest rates and collateral-free basis, in a bid to ensure that 300,000 housing units are delivered to the intended target, as part of the National Economic Sustainability Plan (NESP).

The implementation of the social housing plan estimated to cost over N400bn is expected to kick off next week, as early sites for the housing projects have now been identified, according to members of the Economic Sustainability Committee working on the project.

It is reported that the Economic Sustainability Committee has already approved that the 1, 2, and 3 bedroom units cost as little as between N1.8 million to N2million under the plan, while financial assistance would be available for Nigerians to pay the mortgage.

Nairametrics had earlier reported that the Central Bank of Nigeria approved the sum of N200 billion, as a mortgage finance facility to the Family Homes Fund Limited and targeted at low-income earners. It was introduced to support the Federal Government’s Economic Sustainability Programme, and it’s meant to fast track the construction of 300,000 homes in the 36 states and Abuja.

Earlier in June, President Muhammadu Buhari and the Federal Executive Council approved a N2.3 trillion Economic Stimulus package, after the VP Yemi Osinbajo led Economic Sustainability Committee submitted its report. The President then directed the VP to supervise the implementation of the plan alongside other members of the committee.

READ: Industry Group set to host a national dialogue on taxation and developing the non-oil sectors

The CBN has already committed to a N200 billion facility, to kickstart the social housing projects, with a guarantee by the FG under the Finance Ministry at about 5%. The implementing agency, Family Homes Fund Ltd, an agency under the Federal Ministry of Finance has already mobilized thousands of Cooperative groups across the country, who will participate in the social Housing plan as main warehouse agents and mobilize low-income buyers.

#EndSARS: No excuse for that amount of brutality on unarmed civilians – Raila Odinga

Raila Odinga has said that there can be no excuse for the amount of brutality met on unarmed #EndSARS protesters in Nigeria. The Former Prime Minister of Kenya, Raila Odinga says there can be no excuse for the amount of brutality on unarmed #EndSARS protesters in Nigeria and urged the African Union and Nigerian government to investigate actors of state brutality.

Mr Odinga disclosed this in a statement on Thursday afternoon, he also passed his sincere condolences to the bereaved families and wished a speedy recovery to the injured.

Statement on Police Brutality against protesters in Nigeria. pic.twitter.com/R2X8vor7oP

“The Police brutality and abuses that have gone on in Nigeria for the last couple of days, leading to multiple deaths and injuries of unarmed civilians are extremely worrying and unacceptable. There can be no excuse for that amount of brutality on unarmed civilians protesting misconduct on the part of the police,” Odinga said.

He added that the brutality that was meted out on the protesters is a reminder of “how precarious and threatened Africa’s march towards democratization, respect for rights and freedoms and the rule of law remains”.

He urged that the continent needs to disembark from the politics of confrontation and violence and engage issues to resolve differences. He also called on the African Union and Nigerian Authorities to “investigate the violence and murders that have gone on and hold the perpetrators to account.”

“Africa and its institutions must stand up for and condemn the brutalization of its citizens at home with the same energy and vigor it responds to the violations of its citizens abroad,” he said.

Bola Tinubu has denied having any investment in the Lekki Concession Company. 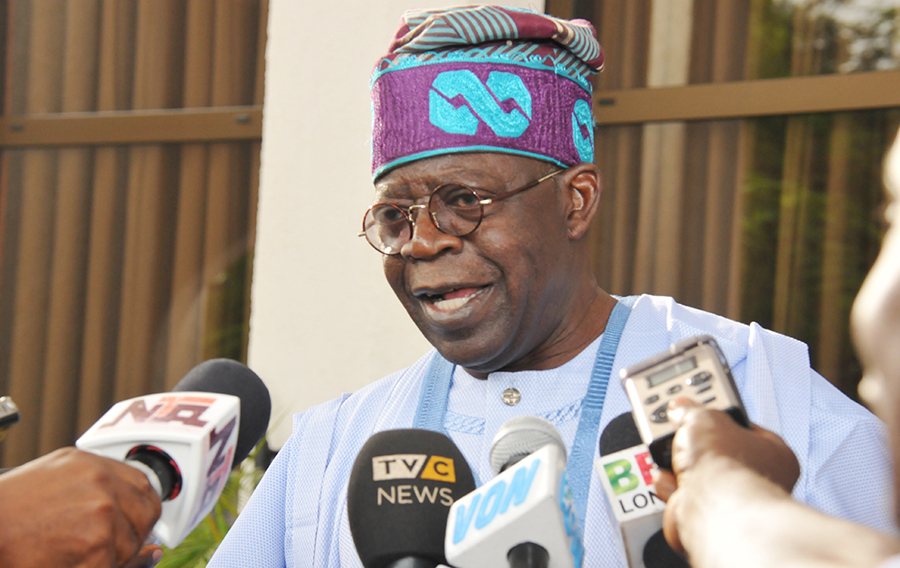 Former Lagos State Governor and National Leader of All Progressive Congress (APC), Bola Ahmed Tinubu, has denied having any kobo investment in the Lekki Concession Company (LCC), and as such has no dime in the funds generated at the Lekki Tollgate.

The rebuttal follows claims and allegations of his involvement in the shooting of unarmed protesters on Tuesday at the Lekki Tollgate. He was alleged to be livid from the losses made at the tollgate due to its shutdown by #EndSARS protesters; hence, the scheme to disperse protesters

Bola Tinubu debunked this rumor, in a telephone interview with Channels Television in the early hours of Wednesday.

In response to a question on his interest in the Lekki Tollgate, the APC leader said, “I have no dime, no kobo investment in the tollgate”.

He also denied having any investment in the Lekki Concession Company (LCC), the firm which manages the tollgate.

Going further, he stated that he was reported to the President and initially accused of being behind the protests going on across the country; an allegation he has since denied. He refuted claims of giving the orders for the shooting of protesters at the Lekki Tollgate and questioned the logic behind the use of live arms on protesters who were unarmed.

According to Tinubu, it was his intervention that that spurred Governor Babajide Sanwo-Olu to respond to the demands of the protesters.

READ: #EndSARS: Government should be given the chance to implement the demanded reforms – Tinubu

He said, “That was why he (Sanwo-Olu) set up the Judicial Commission of Inquiry. The governor has gone to the home of one of the victims to appeal to them. He has put N200m together as part of restitution and compensation for those attacked.”

There has been reported vandalization of properties allegedly owned by the former Lagos State Governor, which was fuelled by rumors he had a hand in the shooting of peaceful protesters at the Lekki Toll Plaza.

Hoodlums razed the Lekki Tollgate and there were also alleged attacks on Oriental hotel, Television Continental, amongst others.

Ikoyi Correctional Centre in the Ikoyi area of Lagos is currently on fire. Some buildings on the premises of the Ikoyi Correctional Centre are currently on fire, as there was an alleged jailbreak attempt by inmates. The fire emanating from the facility and seen in a video posted by Arise TV led to speculations of a possible jailbreak.

Senator Tokunbo Ogunbajo confirmed the incident in a telephone interview with Arise TV. He disclosed that the cause of the fire outbreak is still unknown as security operatives and other personnel at the facility have done their best to curtail the inferno and restore order.

He emphasized that soldiers and other security operatives have arrived at the correctional facility, and there is no record of any escaped inmate, neither was there an attack from hoodlums.

According to him, the gunshots heard by neighbors, were fired to bring order and stem down unrest amongst inmates, who might want to seize the situation to escape.