Nigeria’s top 10 agricultural export is estimated to have earned the country about N289.3 billion in one year (April 2019 – March 2020). This is according to data collected from various foreign trade reports, as compiled by the National Bureau of Statistics (NBS).

By operational definition, the NBS defined agricultural products as goods that come from the planting of crops and/or raring of animals. Here is the breakdown of Nigeria’s top agricultural exports and top destination countries.

Upshots: Nigeria’s Agric. export may experience the biggest contraction in 2020

As at the end of Q1 2020, Nigeria’s total foreign trade was estimated at N8.3 trillion, an 18% decline when compared to N10.12 trillion recorded in Q4 2019. The decline in foreign trade showed the earliest sign of the impact of COVID-19 pandemic that led to disruption in cross border trade.

Despite the gradual easing of lockdown in major economies, restrictions imposed on cross border movements still subsist and this may demand for the goods and commodity prices in the short to medium term.

On the flip side, Nigeria’s cocoa-industry association recently cut its output estimate for the 2020 main crop by 18%, citing the spread of the fungal black pod disease caused by heavy rains in the country’s main growing areas.

PWC earned N1.24 billion, while EY got only N282 million from the total. Four out of the FUGAZ banks – Access Bank, GTB, UBA, and Zenith Bank, paid a sum of N1.52 billion to Pricewaterhouse Cooper (PWC) and Ernst & Young (EY), as audit fee in the first half of 2020, from a total revenue of N1.27 trillion.

Despite the downturn caused by the COVID-19 pandemic, which put most aspect of the economy on hold in Q2 2020, two of the biggest audit firms in the country received a sum of N1.52 billion from four of the five tier–1 banks in Nigeria. The audit fees paid by the four banks however, declined by 5.23% compared with the N1.61 billion paid in the same period of 2019.

READ: Exclusive: Best bank in Nigeria judging by the numbers

PWC audited three of the accounts under consideration with UBA being the only exception. It is handled by EY. Findings revealed that while PWC earned N1.24 billion (81.6%) out of the total audit fee of N1.52 billion, EY got only N282 million (18.4%).

The decline in profit posted by the tier-1 banks could be attributed to the ripple effect of the COVID-19 pandemic, which also reflected in the audit fees paid to auditors during the year. However, despite the economy contracting by 6.1% in Q2 2020, the banking sector saw its activities grow by a massive 28.4% (year-on-year).

Note: FBN was exempted from this analysis because their Half year 2020 financial is unaudited

The report contains information on items that witnessed price increase, price decrease, as well as insights. Despite the ease of lockdown in the country, the prices of household items continue to trend upwards, as traders across Lagos markets have once again lamented the sustained decline in patronage. This is according to the latest Household Market Survey conducted by Nairalytics, the research arm of Nairametrics.

The persistent increase in the price of food items across major markets in Lagos State continues to hit harder on consumers, as local and foreign rice, tomatoes, pepper, flour amongst others, recorded significant surges in their prices.

Listed below are the items that recorded significant price increase:

Some of the items that recorded slight decrease in prices include:

Items whose prices remained the same, compared to two weeks ago include:

Nairalytics had reported two weeks earlier, that prices of major food items such as rice, beans, pepper, and other items recorded significant increase. This was partly attributed to seasonal fluctuations and supply chain bottlenecks caused by the COVID-19 induced lockdown.

In the latest increase, traders decried the sudden jump in price of flour. Flour, which is a necessity for the production of items like bread, cakes, and confectioneries, recorded a significant spike, as a 50kg bag of flour witnessed a 29.5% increase in price.

An interview with a trader at Oyingbo market revealed that customers have become disgruntled with the persistent increase in prices of most food items, as it has become a cause for worry to the traders, “We are worried about this continued increase in price of food, as some of our customers now decide to buy less due to the price increment, while others just take a walk,” She said.

She further revealed, “Bakeries have now increased the price of bread, as the increase in price of flour has affected their already declining profits.”

READ: Only customers with minimum of 12 hours electricity can have tariff increase – FG

Below are the prices of various brands of rice sighted at Daleko market:

Major tomato traders at Mushin market, during the week, blamed the increase of tomatoes on the fact that, the season for the oval shaped tomatoes is coming to an end. According to Mrs. Jamiu, “Very soon, oval shaped tomatoes will no more be available in the market, as its season is almost over.”

Mrs. Olaoluwa, who also sells at Mushin market, shared a contrary opinion. She attributed the increase in price of major food items including tomatoes to the approaching festivity.

“As the year is coming to an end, it is normal for prices of items in Nigeria to jack up, it is just hitting harder this year because of the effect of the COVID-19 pandemic.” She said

When Nairalytics Research visited Daleko market, Mrs. Oladayo, reiterated that the Federal Government’s decision to restrict importation of rice, is the major cause of the increase in price of rice. According to her, Nigeria is not able to produce enough rice that can circulate across the country, hence the unavoidable scarcity.

She reiterated that the stony rice being sold in the markets also affects the prices of the commodity, as most consumers who do not wish to buy the inferior quality, will have to pay more for neater brands of rice.

A report recently released by the DMO reveals that the country’s debt has hit N31 trillion. 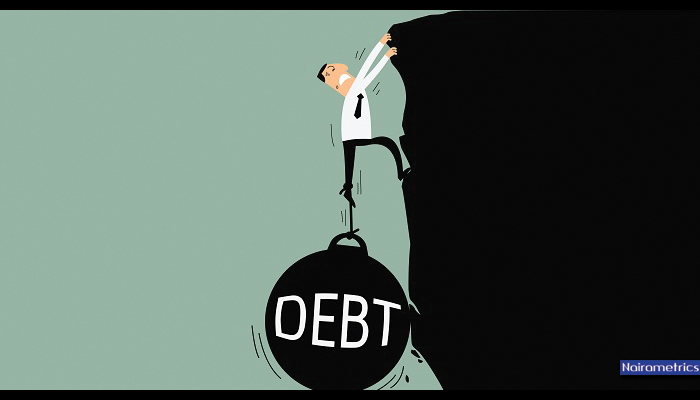 According to the press release, the recent increase in Debt Stock was as a result of the $3.36 billion Budget Support Loan from the International Monetary Fund (IMF), New Domestic Borrowing, which was used to finance the Revised 2020 Appropriation Act, including the issuance of N162.56 billion Sukuk, and Promissory Notes issued to settle Claims of Exporters.

Meanwhile, a cursory look at the historic trend shows that Nigeria’s total public debt increased by $22.09 billion between June 2015 and June 2020, when multiplied by the prevailing exchange rate of N380/$1, it translates to a total additional loan of N8.39 trillion within 5 years of the current administration.

Despite facing economic downturn caused by the COVID-19 pandemic, and characterized by contraction in economic activities, reduced capital inflows, trade decline across international borders, coupled with reduced government revenue as a result of decline in global oil price; Nigeria spent a sum of N1.21 trillion to service both domestic and foreign debts between January and June 2020.

The N1.21 trillion debt service expense represents 11.2% of the total revised budget of N10.8 trillion for the year 2020, an indication that over 11% of this year’s budget has been expended on debt servicing just half-year. Meanwhile, the funds being spent on debt servicing can be seen as another way of wasting limited resources while funding very little capital expenditure, that could be used to stimulate the productivity of the country.

Data from the Central Bank of Nigeria (CBN) shows that over the past 5 years spanning 2015 and 2019, the Nigerian government spent about N34.83 trillion, comprising of both recurrent expenditure (73.1%), capital expenditure (19.2%) and transfers (7.8%). This means that only about 19% of the debt load has been invested in further developing the nation through the creation of relevant infrastructure. The rest were spent on recurring expenses like salaries.

The DMO stated in its press release, that it expects the Public Debt Stock to grow as the balance of the New Domestic Borrowing is raised, and expected disbursements are made by the World Bank, African Development Bank (AFDB), and the Islamic Development Bank, which were arranged to finance the 2020 Budget.

It also stated that Additional Promissory Notes are expected to be issued in the course of the year, this, and new borrowings by State Governments, are also expected to increase the Public Debt Stock.

How to register for FG’s N75 billion MSME survival funds