Profiles of the men who determine your internet experience

Nothing can be more frustrating than a hitched and bumpy browsing experience. It is even more annoying when this is experienced while trying to get something really important and urgent done, not just having a random surf of the internet.

Most often, we are quick to point accusing fingers at the MDs and CEOs of Internet Service Providers (ISPs), and why not? They are the public figures associated with the company, after all – for good or otherwise.

Today, we bring you the Chief Technical Officers (CTOs) of the leading ISPs. They are the tech-savvy guys who manage and maintain the technology infrastructure of the ISPs, and these are the things that really determine whether or not you have a hitch-free internet experience, or struggle to hold yourself from smashing your device on the floor.

These are the men you should call out next time you are having a sour experience online. They are also the ones who ensure your internet experience is great fueling your addiction to guzzle data.

They are rarely in the public eye, or in the office for that matter. Their main domain is the field, where they spend time fixing technical challenges or designing new infrastructure to enhance your experience.

READ MORE: Can this little known FMCG player ever compete with the big names?

This technician currently has over two decades of professional experience in the telecoms sector and has attended training programs in almost every country where he worked.
He is an Electrical and Electronics Graduate from Menufia University and has several other professional certifications.

Mohammed Rufai was appointed as MTN Nigeria’s Chief Technical Officer (CTO) in May 2019, and immediately took responsibility for the company’s tech strategy roadmap.

He joined the company in 2002 as an RF/BTS Support Engineer in Kano, and his impressive results pushed him through the ranks to become General Manager in 2009. Given the high performance of the network operations team that he led, he was soon reassigned to MTN Ghana as Chief Technical Officer in 2015.
The company’s statement acknowledges that his tenure in Ghana saw data usage increase by over 900% and voice traffic almost triple, among other notable feats; this explains why he is a two-time winner of the ‘CTO of the Year’ award at the Ghana IT and Telecoms Awards (GITTA).

In May 2019, he returned as CTO, MTN Nigeria to work his magic in developing and maintaining the tech infrastructure.

Rufai has almost 20 years’ experience in Information and Communication Technology and Telecoms, all gained while in the employ of the MTN Group.

READ ALSO: BudgIT’s Onigbinde has resigned as Technical Adviser to Ministry of Budget

Panda was appointed Chief Technical Officer of Spectranet in March 2015.

So far, this is the third company where he has held this position, as he had previously served as CTO in Libercell in Liberia, and Hits Telecom, Kuwait after the company acquired majority shareholding in Atlantic Wireless, Liberia and its brand, Libercell. 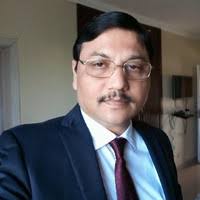 He is a seasoned technical expert in centralised NOC operations, remote troubleshooting in Optical SDH network, installation & commissioning of TDM switches, RLUs, transmission MUX and other aspects of telecom service.

Arun Panda holds a B.Eng Electronics and Telcom, as well as Masters in Communication Systems and Engineering from the Sambalpur University in India.

Omoyeni Victor Collins joined VDT Communications in 2001 and headed the Technical and Operations department before he was appointed CTO. Victor holds a B.Eng in Electrical and Computer Engineering from the Federal University of Technology, Minna. He is a certified Microsoft Professional (MCP) and has other technical professional certifications, including ITIL and Cisco.

He is also an Alumnus of Lagos Business School and has undergone various Technical and Managerial training and seminars, both within and outside the country.

Paul Jaikaran is a British tech guru, with about 23 years of experience. He became Chief Technical Officer at MainOne, after holding the same position in three other companies: GSTelecom, Vodacom Business Africa, and ipNX.

His career did not start off in telecoms, but in the Shell Petroleum Group in UK, where he worked as a data network engineer. He occupied other positions within the SPDC and Shell Nigeria Exploration (deep water).
Some of his roles in the Shell Group include Operations, Network Design and Project Management.

All of these experiences contribute to make him proficient in network and data center planning, engineering and implementation/build-out, operations management, and network and service performance assurance.

He is a graduate of Imperial College (University of London), and holds an MSc in Communications Engineering.

Opeyemi joined Tizeti Network as CTO, after a stint with ipNX Nigeria, Infrastructure Division, where he was the pioneer Chief Executive Officer (CEO). He also doubled as Head, Engineering.

He has over 16 years’ experience in the technical communications industry and business operations and infrastructure. The earlier part of his career was spent at LM Ericsson in several positions: Senior Service Manager, Technical Sale of WCDMA, Service Delivery Line Manager for Access Network, Technical Lead on multiple projects; he managed service operations, and was Head, Network Rollout Implementation Management. 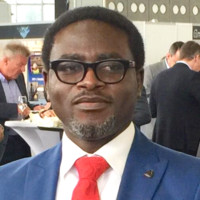 He obtained his Bachelor’s degree in Electrical Engineering from the University of Ilorin, and MBA (Technical Management) and Diploma in Project Management from George Washington University.

He also participated in the Ericsson Management Development Programme and was Global Automation champion for Ericsson Sub Saharan Africa.

Alayoku became CTO of Smile Communications in September 2017. Before then, he had worked as Director of Operations at Waters, and Principal Consultant at K.A Primewater.

His technical experience in the telecoms sector started with four years spent at Celtel Nigeria (now known as AIrtel Nigeria), where he was Supervisor, BSS Maintenance and Manager Network Maintenance, for two years each.
He subsequently spent over 6 years in MTN Nigeria, starting as Senior Manager, Network Region Coordination, then he became General Manager, Regional Operations, and finally, General Manager, Core Network Operations.

His input at the time was quite invaluable and helped position MTN Nigeria as the number one network operator in the country. Simply put, he was instrumental in bringing the ‘MTN, everywhere you go’ vision to life.

He has participated in several management programs, including Leading Strategic Growth and Change, and Finance and Accounting for non-Finance Executives, both at Columbia Business school, and the Risk Management for Corporate Leaders at the Harvard Business School.

Oluwaseun Oluboyo is the man in charge of maintaining the technical infrastructure and architecture at ipNX limited. He assumed this position in 2014.

Before that time, he was Senior Manager, Research and Development, controlling the infrastructure services units, and new product lines in ipNX.

Oluboyo is experienced in building core back-end systems, data center operations, and unified communications product lines, the development, and integration of software applications, as well as offering back-end support for extensions to the wireless product line.

He holds a Bachelor of Electrical Engineering degree from the University of Ilorin, and has also attended different developer administrator training programs.

Note: This article does not include the CTOs of Globacom Nigeria and 9mobile Nigeria, as there is no source to confirm the occupants of these positions. Both companies have not tendered recent financial reports with the NSE, neither do their websites provide answers to these questions.

Profiles of the men who determine your internet experience