Federal Government has set up a committee to select some tech start-ups that could partake in essential services during lockdown across major cities in the country. This was disclosed by the Chairman of the committee, Tomi Davies, who is also President of the African Business Angels Network (ABAN).

In an exclusive interview, Davies explained that the government is planning to intervene in the operation of tech startups struggling amidst Coronavirus outbreak.

According to him, the special project was kick-started by the National Information Technology Development Agency (NITDA), an agency that develops and regulates information technology in Nigeria. The plan is to identify tech startups that could partake in essential services during the restriction.

In order to avoid the shutdown of tech startups that could come in handy amidst the COVID-19 outbreak, NITDA announced that tech startups should apply to be among a compiled list of startups whose operation won’t be affected by the lockdown, for permits to be issued.

Do you operate a tech company but with restricted movement due to #COVID19Lockdown? @NITDANigeria is compiling list of tech companies providing essential service(s) under the directive of HM, @FMoCDENigeria @DrIsaPantami for FG's intervention.

Others in the group include  CEO of Teasy Pay; Iyinoluwa Aboyeji, CoFounder of Andela and Flutterwave; Collins Onuegbu, CEO of Signal Alliance; and Dr Kalli Zannah, Special Assistant to the Minister of Communications and Digital Economy.

The committee has already submitted its report, and according to Davies, is hoping the government will act fast on its recommendations.

“@NITDANigeria asked for a report within 48 hours. We delivered jokingly requesting government do likewise with our recommendations. @KashifuInuwa took us up on and work‘s started with @bosuntijani @kola_aina @DrSamboMagaji & others on #TECH4COVID19,” Davies tweeted in response to NITDA.

Davies told Nairametrics that the committee was tasked to devise and develop “suitable strategies for the provision of affordable Internet access and alternative power to individuals and businesses in the technology industry who now need to work from home.

“A framework to facilitate access to financing for technology and technology enabled ventures through the crisis; modalities for encouraging the development and adoption of programs and policies to support digital technology from the Nigerian technology ecosystem.

“This is in line with the ‘Work From Home’ directives of the Federal Government, and a support program for Innovation Hubs to facilitate virtual access to resources by startups during the work from home period as well as other forms of support the hubs may require to be sustainable through the COVID 19 Crisis.”

The committee, which began brainstorming on April 1—same day of inauguration—submitted its report on April 3. According to Davies, four subcommittees were formed from the advisory committee, with members assigned to address Business Continuity, Funding, Policy, and Hubs.

“The results of these teams’ deliberations and documentation has been aggregated into a confidential report by the Chairman and Secretary who have also continuously engaged with the various technology stakeholder groups available to identify other critical challenges and devise appropriate resolution approaches.

“The report was submitted to the DG on Friday, 3rd April and implementation of some of our recommendations has already starte,” Davies added.

The lawyer who was convicted alongside Ibori may lose his financial asset to the British government. British prosecutors have moved to seize about $39.3 million (30.8 million pounds) from a London lawyer, who helped former Delta State Governor, James Ibori, in looting and laundering illegal funds from the oil-rich state.

The British lawyer, Bhadresh Gohil, was sentenced to 10 years in prison, following his conviction in 2010 on 13 counts of money-laundering, and other offenses, over his role in the fraud and money laundering case of James Ibori, who was the former governor of Delta State, from 1999 to 2007.

It can be recalled that the former Delta State Governor, James Ibori, was extradited to the United Kingdom from the United Arab Emirates in 2011, and subsequently got convicted on 10 counts of fraud and money laundering. He was handed a 13-year jail term.

Gohil, who was then a partner at a firm in the London district of Mayfair, helped Ibori siphon these stolen funds, through shell companies and offshore accounts. He bought assets such as an English country house and a $20 million private jet. However, the police authorities caught up with the men before the jet was delivered.

The lawyer was also said to have masterminded a fraud, in which $37 million in fake consultancy fees was stolen from two Nigerian states, in connection with the sale of their stakes in a telecoms company in the country.

The outcome of the case was hailed in Britain and described as a victory for the fight against corruption, while also pledging to return stolen funds to the Nigerian government.

However, the confiscation proceedings against the two culprits have dragged on for almost 10 years, and repeatedly delayed by appeals and complications.

In Ibori’s case, the hearing took place at London’s Southwark Crown Court in January, and prosecutors asked the court to make a confiscation order of 117.7 million pounds against Ibori. The judge has yet to hand down his decision.

A hearing on Gohil’s case is ongoing at the same court. Lead prosecution counsel, Jonathan Kinnear, on Thursday began setting out the details of what he said was Gohil’s criminal benefit. He will have a chance later in the hearing to call witnesses, and give evidence to dispute the prosecution case.

Onayemi said Trade remedies would protect the market from getting flooded by subsidized goods of foreign companies. 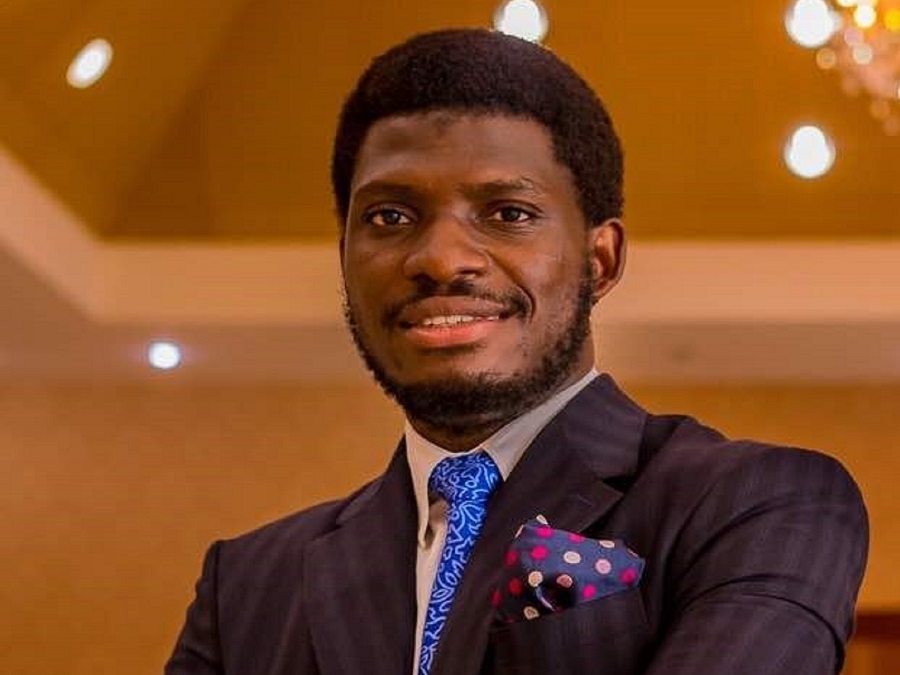 Trade remedies to protect Nigerian producers from unfair and injurious trade practices from foreign companies that harm domestic industries are key factors for the implementation of the African Continental Free Trade Area (AfCFTA).

This was disclosed by Tola Onayemi, Head, Trade Remedies Unit National office for Trade Negotiations on Thursday at the AfCFTA Sensitization Seminar organized by the National Action Committee of the implementation of the agreement.

Mr. Onayemi said Trade remedies would protect the market from getting flooded by subsidized goods of foreign companies which would be sold below competitive prices for Nigerian producers. “Trade remedies is not protectionism, it’s protection against unfair trade practices,” he said.

He added that the remedies are policy tools used by governments to take remedial action against unfair trade practices by companies and countries which cause injury to domestic industries, after a rules-based investigation.

Onayemi cited WTO and AfCFTA Trade laws which make provisions for trade remedies in trade agreements. He cited Article 17,18,19  and 20 AfCFTA Protocol on Trade in Goods and Annex 9 of the AfCFTA Protocol on Trade in Goods and the CFTA Guidelines implementation of Trade Remedies in accordance with the relevant WTO agreement. He said the AfCFTA and WTO laws protect against Anti-dumping, which are only applied after a careful analysis has been taken by the host nation.

Before an application of a trade remedy policy tool can be investigated, there must be an existing legislation/regulation and an Investigating authority recognized by international organizations as the body responsible to investigate and recommend appropriate remedies for each unfair practice. If the investigation has been carried out, and there is proof of government subsidies on the product entering the host market, the difference in price is added at the border, before the goods enter the market.

He added that the key features of any Trade Remedy Mechanism include:

On Nigeria’s Trade Remedy implementation policies, Onayemi mentioned a 3-month On-The-Job-Training for Country Trade Remedy experts held from April-June 2018, the Set-up and meetings of EMT committee on Trade Remedies in 2018, also in 2018 Approval of Nigerian Trade Remedies Infrastructure by EMT and Basic technology frameworks for Trade Remedies Investigation in December 2019.

Outstanding tasks include the Signing and Publication of Legal Framework of Nigerian trade remedies and the Deployment and launch of Trade Remedies Electronic Platform with integration by the Nigerian Customs, NBS and Finance.

Dell Technologies is to establish a Tech Experience Centre in Nigeria. Dell Technologies has partnered with some global tech firms to establish a Tech Experience Centre in Nigeria. The centre is a technology project designed to bridge the gap to cutting-edge technologies for millions in the country.

This was disclosed in a statement issued by the company and seen by Nairametrics on Thursday.

In the statement, Nicholas Travers, Director, Central and West Africa, Dell Technologies explained that the project, which will be launched on October 1, would save huge costs and capital flight while also boosting technology adoption in Nigeria.

He said, “We believe the Tech Experience Centre will help reduce the decision making cycle and save huge costs and time of traveling to locations outside our continent to visit and experience these technologies at work. This is a fantastic initiative by TD Africa, perhaps the first of its kind in the region and we are proud to be part of it.”

According to him, the project will go a long way in helping Dell Technologies showcase its suite of cutting-edge technologies.

‘‘The launch of the Experience Centre will support the growth of technology in Nigeria and the West African region. Also, it provides a fantastic platform for Dell Technologies to showcase the very many technologies we offer,” Travers added.

Minister of Communications and Digital Economy, Dr Isa Ali Pantami, is expected to commission the Tech Experience Centre, the first of its kind in Africa.

Travers added that the Centre marked the first time global tech giants would come together to establish their respective experience centres under one roof to create a truly immersive and rich experience of latest technologies in action.

Dangote Cement to extend clinker export to other African countries