Union Bank has intensified its effort to bring banking closer to its customers and the underserved Nigerians as well as simultaneously assist the Central Bank of Nigeria (CBN) achieve its 80% financial inclusion across the country.

As the apex bank is looking for more ways to deepen financial services in Nigeria, Union Bank is driving the effort with its USSD codes, UnionMobile and UnionOnline platforms that have transformed banking into a 24-hour and seven days a week service.

Nairametrics learnt the bank is also deploying bank agents across the country to enable communities that are not served by any bank in Nigeria deposit funds easily. The rural areas have been left out of banking services, and Union Bank is strategising to ensure the void is filled.

Nigerians are constantly in search of ways to cut the cost of living which has increased in recent years, and in order to help its customers, Union Bank is stationing its Agency Banking closer to homes in the rural and urban communities.

This will reduce the need for customers and other underbanked Nigerians to visit bank halls to make a deposit or interbank transactions. So rather than station their bank in locations that increase the cost of living, Union Bank said it would wind down some branches to move closer to Nigerians to deepen financial inclusion.

“These more convenient banking channels will result in decreased dependence on some of our physical bank branches. In line with this, we have received regulatory approvals to close down some of our branches as we continue to expand our digital,” the bank said.

The bank, which was established in 1917, has continued to transform its operating model to meet the behavioural pattern of its customers and financial activities of Nigerians.

Why this matters: The incorporation of Agency Banking will create employment opportunities for Nigerians and cut the unemployment rate in the country. Lagos state governor, Babajide Sanwo-Olu, has promised that any business that employs a large number of people will receive incentives from the state government in order to prevent massive job loss in the state.

He noted that Lagos state is Nigeria’s number one commercial center and heavy job losses will not bode well for the economy of the state, and the country.

As the commercial centre of the country, we are offering incentives to businesses that employ large number of people to avoid job loss.

In our plan to re-open the economy, businesses will follow our Register-to-Open guidelines with protocols that workplaces must put in place. pic.twitter.com/zJgEWLMksK

“We are having conversations with different sectors on the requirements they need to ensure they do not retrench their staff. What many of the companies want will affect the State’s IGR but we are willing to make the sacrifice to prevent the loss of livelihood of our citizens,” the governor stated.

The phased reopening of the economy

The governor explained in his tweet that all businesses were still required to follow the Register-to-open initiative, and put all facilities in place before they would be allowed to reopen.

According to him, the state will consider companies in the construction and manufacturing sector as top priority in the first stage of the reopening, while businesses in the entertainment and hospitality sector will be considered for reopening in the second phase, as the state tries to balance economic reactivation with COVID-19 management.

The re-opening will not be hastily done. The various sectors will be reset in a gradual manner. The construction and manufacturing sector will be accorded high priority while the entertainment and hospitality sectors will be considered in the second phase.

“We are caught between managing hunger & sustaining an economy that is not only dependent on commercial activities in Lagos alone but also in other states.

“We are at the stage where we have to balance public health safety & the economy that affects the wellbeing of the people” Sanwo-Olu stated.

He urged Lagosians to support the government in breaking the cycle of transmission, by adhering to the guidelines from the authorities.

Air Peace to evacuate stranded Indians from Lagos to Kerala

A list of the passengers to be attended to has already been given and the flight shall depart Lagos on May 30, 2020, to Cochin Airport, Kerala. The management of Air Peace Nigeria has been contacted by the Indian High Commission in Nigeria to undertake the evacuation of stranded Indian nationals to Kerala, India. This was disclosed by the airline via its Twitter handle.

The airline explained that a list of passengers that would be attended to have been released and it has started reaching out to the Indians on Saturday.

It stated, “A list of the passengers to be attended to has already been given to us and we have commenced reaching out to them. The flight shall depart Lagos on May 30, 2020, to Cochin Airport, Kerala.”

The flight is not free anyway. According to the airline, payments are expected immediately and they are Economy is $1.300 and Business class is tag $1,700. “You are equally allowed to pay in Naira at N460/$,” it added.

However, some Indians in Nigeria has reacted with mixed feelings to the development on Twitter. While some were ready to join the flight back home, others called for the refund of ticket fare booked a week ago.

For instance, Jayant Khamesra requested for the refund ticket fare of N568, 100, which he paid for a flight from Lagos to Delhi.

He said, “Please refund ticket fare P47812 LAGOS to DELHI. No show by Air Peace and it is been 1 week now, there has been no refund or confirmation of the same. Reference ALHN79 amount N568,100. I am sure a good world-class carrier like Air Peace won’t delay refunds purposely. Please act fast.

Pls refund ticket fare P47812 LAGOS to DELHI – NO SHOW by AirPeace and it’s been 1 week now —- there has been no refund or confirmation of the same. Reference ALHN79 Amount 568100 NGN. Am sure a good world class carrier like AIRPEACE won’t delay refunds purposely. Pls act fast

The World’s Economy may not survive without a vaccine

Industries like tourism and travel with social distancing rules in place will only scramble for the little they can get while sports stadiums, entertainment hot-spots, etc., will remain closed. 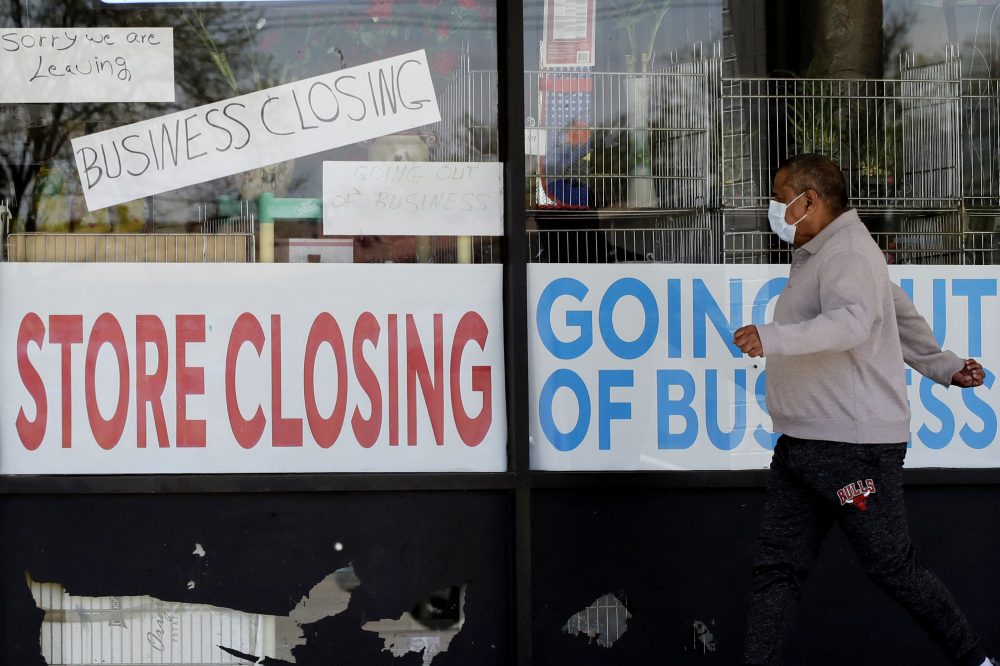 As parts of the world restart economic activities, it is becoming clear that the worst plunge in modern history would need a vaccine or cure before things can revert to normal.

In response to the exogenous shock that is the Covid-19 pandemic, leaders, researchers, analysts, and experts have sought methods, options, – anything to reduce the negative impact of what many now regard as the worst slump since the 1930s. So far, different parts of the world have put systems and structures in place to allow a level of economic activity to continue as it became increasingly clear that full social welfare was simply unsustainable. This is, however, not without the existence of relevant restrictions like temperature checks, social distancing rules, and the latest fashion accessories – masks and gloves.

While this is an admittedly better development than the enforced total lockdown – at least for the economy, this too has its limitations. Economic activities have taken on a sluggish growth pace and while production might continue, global demand remains hamstrung. Industries like tourism and travel with social distancing rules in place will only scramble for the little they can get. Sports stadiums, entertainment hot-spots, etc., will remain closed. Even with the increased dependence of delivery services, restaurants will struggle to make what they used to before. Jobs have been cut and even more will. In essence, the partial reopening of the economy isn’t also sustainable. Yet, it is impossible to ignore the virus itself especially given the risks of a resurgence of the virus in already treated patients and the increasing cases in many parts of the world.

Data obtained from Bloomberg revealed that people infected around the world reached 5 million with a death toll of over 330,000. With the pandemic still on our tails, finding a vaccine is our best bet – and nothing else might be able to beat that. Stephen Jen, CEO of Eurizon SLJ Capital – hedge fund and advisory firm in London told Bloomberg News that there’s some sort of bounty on the virus globally.

In his words, “I don’t see how it is wiser for investors to bet on the virus than to bet on science, technology, and unlimited political and financial capital in the world to contain and defeat the virus.”

Also, the shares of American drug maker based in Massachusetts, Moderna Inc., hit a record high early in the week, as a result of its early data from a small trial of the company’s Covid-19 vaccine. It, however, gave up some of those gains days after stock traders scrutinized the early nature of the vaccine data.

Bloomberg Economics predicts that the restriction and shutdown of businesses triggered a plunge in economic activities of about 30% and their findings found that the first steps to relax controls will have a good impact on activity than later ones. Yet, our optimism is palpable. Anita Zaidi, Director of Vaccine Development and Surveillance at the Bill & Melinda Gates Foundation have advised that the process of creating an effective immunity could take years, and even then it will have to solve the issue of logistics that is making the vaccine readily available globally.

Today, the world waits in hope that this too passes like many of its predecessors. While it will indeed pass, there still is no saying how long it will take before life reverts to a new but sustainable normal.

Fines: NSE makes over N154 million from banks, others

Facebook takes on Zoom with its new video chat feature