The Nigerian Stock Exchange ended Thursday’s trading session in negative territory. The All Share Index closed at 31,254.19 basis points, down 0.17%.

Corporate Actions: Ikeja Hotel Plc notified the Nigerian Stock Exchange of the resignation of its Non-Executive Director, Waheed Olaganju. His resignation took effect from May 17, 2019.

Nigeria’s first non-interest bank has moved from being a regional bank to a national bank. 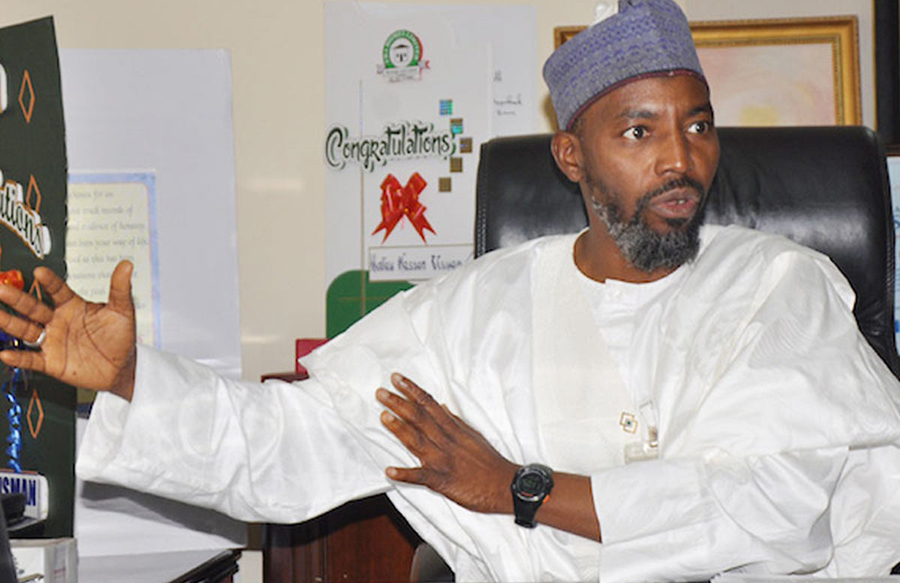 When the idea of a Non-interest banking was first broached in Nigeria in the late 90s, it was greeted with suspicion. This was probably because its more popular name ‘Islamic banking’ had non-muslim Nigerians thinking it was a ploy to eventually Islamize the country.

Two decades and several sensitization campaigns later, Nigeria’s first non-interest bank has moved from being a regional bank to a national bank, with several branches and customers.

Nairametrics company profile this week looks at this trail-blazing bank; how it has survived its first decade, while operating a system that is completely different from that of other banks in the country, yet still holds its own in the industry.

The JAIZ movement in Nigeria dates far back to 2001, when Justice Imam Muhammad Taqi Usmani and Sanusi Lamido Sanusi, both guest speakers at a seminar hosted in Sheraton Hotel Abuja, advised the different groups clamoring for a non-interest bank in Nigeria to come together under one group, if their aim was to be achieved.

In response to this advice, the Halal group and the JAIZ group united, combining influence and resources to drive for the establishment of a Nigerian non-interest bank.

Jaiz International was set up in 2003, and after almost 8 years of trying to meet the guidelines, and capital requirements of the Apex bank (amid the Soludo-led recapitalization exercise which shook the industry) and other factors, the bank received a regional license from CBN on a historic date.

JAIZ International Plc was established on 11th of November 2011, and began the long walk to the actualization of their dreams.

On 6 January 2012, operations commenced at the branches in Abuja, Kaduna and Kano. Hassan Usman, is now Managing Director of the bank, while Alhaji Dr Umaru Abdul Mutallab, heads the Board of Directors, with Alhaji Dr Umaru Kwairanga, and Alhaji Dr Muhammadu Indimi as members.

In 2013, when the bank started expanding to other urban centers, it was permitted to increase shareholding capital to $92.3 million (NGN14.3 billion), and subsequently applied for a national banking license which it received in 2016. At the end of FY 2019, it had 38 branches with over a thousand employees.

Stockholding was and is still shared among Nigerian and foreign individuals, and institutional investors, while the number of issued shares as at December 2019 was 29.46 billion.

Banking with a human face

Non-interest banking is touted to be a more ethical form of banking, with less emphasis on profit, and more on societal and individual development.

Like other banks, Jaiz Bank Plc provides banking products and services like savings, current, salary, and kids savings accounts, but with slightly different terms. The bank also provides online banking, leasing, cards, bonds and guarantees, and several other investment products tailored to its principles. Customers’ deposits are used for business operations, with the understanding that the profit will be shared between the bank and customers. While sharing profit with customers, in the event of a loss, the bank tries to weather it out, since the customers’ deposits are already insured with the NDIC.

In offering its credit facilities, the bank tends to adopt a religious perspective, looking beyond an individual’s ability to repay the loan. The impact of such a business or project on the society is a priority consideration, and could be the sole reason for refusing a loan. In this regard, business ideas which go against morality or societal growth, are not given loans.

How many people will be employed by the business? How will it impact the environment and the economy? These are some of the questions considered before a loan is either granted or refused. This is why bankers in the space like to refer to it as “banking with a face” or ethical banking.

No matter how profitable a venture is, if any part of its operations is considered detrimental to societal welfare, it will be declined. If, for any reason, a customer is to be penalized for default, the proceeds cannot be listed as part of profits for the bank, but is ploughed into the society as charity.

Audited financials from the company shows that the company is fast growing to make up for the early years of little or no profit.

The recently reported Q2 2020 unaudited reports show that in spite of the COVID-19 challenges in the country, the bank had a fair outing in the second quarter of the year, with a clear improvement across all indicators in comparison to Q2 2019.

JAIZ Bank Plc is fast-growing, achieving much in good time, although Nigerians are yet to fully understand this system of banking. There is also the supervision of the Advisory Committee of Experts (ACE), which ensures that banking operations are done in line with the dictates of Sharia law.

The bank includes non-Islamic employees in its workforce, a point to back the claims that it is not religiously inclined, though more needs to be done in its board composition to fully corroborate this, and show the public that it is a bank that accommodates all religions.

US President, Donald Trump is to decide the fate of TikTok in the country in the next 24-36 hours.

All eyes are now on President Donald Trump as he is expected to decide the fate of TikTok in the U.S. in the next 24-36 hours.

In a report credited to CNBC News, ByteDance, owners of TikTok, is planning to go for an IPO for global TikTok on an American Stock Exchange.

READ: Microsoft is in talks to buy TikTok

Under the proposed plan, waiting for President Trump’s approval include, Oracle owning a minority stake that will be lower than 20% of the new global TikTok.Walmart the world’s biggest retailer by revenue will also take a stake, though its amount remains unknown.

While the Chinese authorities have asserted it’s right to obstruct the sale of vital technologies, it is likely to approve the deal as long as it doesn’t involve the transfer of the artificial intelligence algorithms that drive TikTok’s service. Even if ByteDance were to cede its major ownership over TikTok.

U.S President recently disclosed he was against any idea that ByteDance( parent company) would retain a majority stake in TikTok.

“From the standpoint of ByteDance we don’t like that,” Trump spoke on the Chinese company retaining a majority stake in the business. “I mean, just conceptually I can tell you I don’t like that.”

An IPO on TikTok would most likely be the biggest technology IPO in recent times. Private valuations of the fast-growing startup have been estimated to be worth about $50 billion.

Back Story; Recall Nairametrics about a month ago reported on how President Trump issued directives banning any U.S. transactions with Chinese tech firms that include Tencent and ByteDance.

According to Trump, “WeChat “automatically captures vast swaths of information from its users. This data collection threatens to allow the Chinese Communist Party access to Americans’ personal and proprietary information.”

He went on to say that the application also captures personal information of Chinese nationals visiting the U.S.

The Minister noted that the ministry is actively working to attract more FDIs into key industries.

This was disclosed by the Minister on Thursday at the virtual Nigerian-British Chamber of Commerce (NBCC) Global Investment Conference, themed “The future of Trade and Investment in Africa.”

This morning, the Honourable Minister @NiyiAdebayo_ , spoke at the virtual Nigerian-British Chamber of Commerce(NBCC) Global Investment Conference, themed “The future of Trade and Investment in Africa”.

The conference focused on three broad elements that will spur economy… pic.twitter.com/DqvUp6zl0J

The event covered 3 key areas that will boost trade between Nigeria and the UK. They are: The African Continental Free Trade Area, Foreign Direct Investment and Economic Risk and Accessing finance for increased trade and investment.

READ: Nigeria received capital inflows worth of $33.27 billion in 17 months

The Minister added that Nigeria’s investment priorities are:

He urged that Nigeria should remain committed to implementing the initiatives to enable the country become a suitable environment for investment and strategic trade relationships.