The Chief Executive Officer of the Nigerian Stock Exchange (NSE), Oscar Onyema has expressed his expectation from the possible listing of MTN Nigeria on the stock exchange. He assured the listing will have a positive impact on the market.

Onyema made this assertion at the sideline of the World Economic Forum in Davos, Switzerland. He told CNBC that the listing of MTN Nigeria will also give MTN subscribers a sense of belonging through an ownership stake in the telecommunications company.

MTN Nigeria had announced their intention to list on the Nigerian Stock Exchange in 2017, but extended the date to May 2018. Two years after the former timeframe, the listing is still pending. The telecoms operator had blamed the inconducive conditions of 2017 on the delay.

Despite the delay of the initial listing timeframe, Onyema stated the stock exchange will continue to hold discussions with the telecoms company in relations to their listing plans, stating that MTN Nigeria has every intention to be among listed companies on the exchange. Though, he didn’t give a timeframe for the listing.

“MTN listing will have a significant positive impact on the market. It will give investors something new and exciting to participate in. It will give their subscribers an opportunity to take an ownership stake in the company, and, therefore, continue to do business with them. We (NSE) continue to engage with them (MTN) and to have conversations around the listing potentials. It is something that they believe they want to do, they’ve publicly stated that they want to do it”.

Adding that part of NSE’s responsibility is to help facilitate and make sure that companies that want to come to the market are actually able to do so in a very seamless fashion.

Meanwhile, World leaders in government and various sectors are gathered at Davos, Norway, for the World Economic Forum, and Onyema ensured the Nigerian Stock Exchange is dully represented to partake in a global discussion about a new geopolitical system that thrives.

He said the pursuit of new financial structures and business plugins made it necessary for business leaders like him to be present among quarters discussing how to move global economy further from its current position with the help of the fourth industrial revolution.

“We are here to participate in the global discussion, globalisation 4.0, on what needs to be done to create a new geopolitical system that works for everybody, including business.

“So those of us that are from the business aspect of things, are looking at new financing structures, new ways to participate in this whole new world of globalisation 4.0, which is obviously driven by the context of the 4th industrial revolution, something we at the exchange in Nigeria have decided to take a leadership position in.

“We believe we can actually catalyse significant activities with regards to big data analytics, cloud computing, block-chain technology, and every other technology that are very symptomatic of the fourth industrial revolution, driving the agenda to make ourselves a more attractive destination for raising capital and financing all kinds of structures that would make significant impact on the economy.” 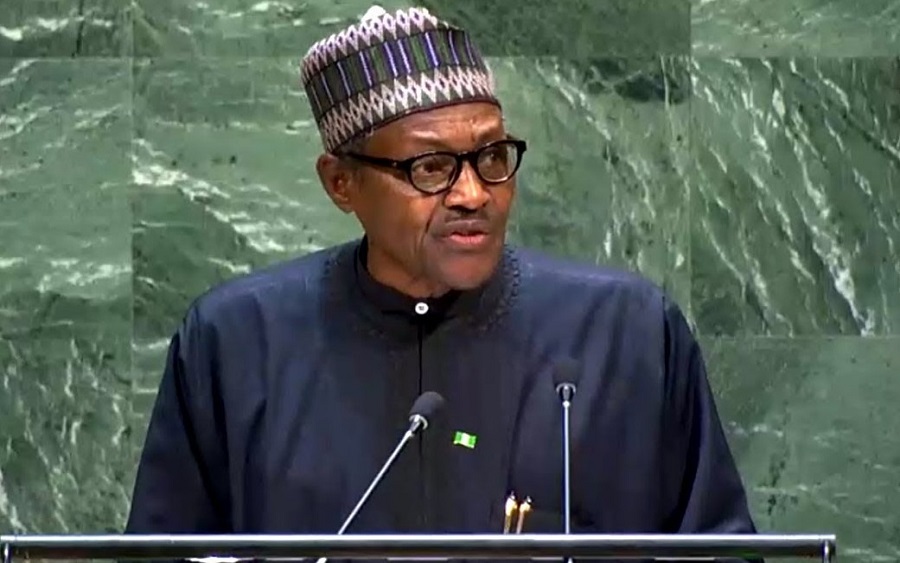 The EFCC has made a recovery of the sum of N4.16 billion for the government from lottery companies. The Economic and Financial Crimes Commission (EFCC) has announced that it recovered over N4.16 billion for the government from lottery companies which they had refused to remit.

This was disclosed by the Acting Chairman. Mohammed Umar Abbah on Thursday evening, at the EFCC Headquarters during a meeting with Williams Alo of the Ministerial Task Force for recovery of unpaid revenues from lottery businesses.

READ: CBN Vs NESG: Waving the white flag for the benefit of Nigerians

The EFCC acting chairman said that the lottery companies were not forthcoming with remitting the revenue which had forced the anti-graft agency to intervene.

“Let me acknowledge the efforts of this Commission for the assistance it has rendered not only to the Federal Government of Nigeria but specifically to the lottery industry in Nigeria. It is in our record that the EFCC has assisted the lottery business in no small way, because a lot of recoveries have been made for us by the EFCC and the money recovered has always been handed over to the lottery trust fund,” Mr. Alo said.