Managing Director, Jaiz Bank, Alhaji Hassan Usman has expressed satisfaction with the level of acceptance of non-interest banking in the country. Usman noted that the number of branches of the bank in on the increase across the country

“In fact, in Lagos alone, we have four branches and we are planning to venture into the eastern region. We are targeting Enugu, Owerri, Onitsha, and Aba. We are duly licensed to be a national bank and we are listed on the Nigerian Stock Exchange as a tier one commercial bank.”

Non-Interest Banking offers almost all the services of conventional banks. The difference is that non-interest Islamic Banks do not give or receive interest, nor finance anything that is harmful to society like alcohol, tobacco, gambling etc.

The bank and Islamic Corporation for the Development of Private Sector (ICD), the development arm of Islamic Development Bank (IDB), recently signed a $20 million line of agreement to finance Small and Medium Sized Enterprises (SMEs) in Nigeria. The financing deal covers sectors such as industry, communications, technology, health, manufacturing, agriculture among others.

In its 2017 full year financial reports Profit before Tax increased to ₦894 million
in the year 2017 as against ₦343million reported in the corresponding period of 2016, this represents 161% growth.

The Bank was created out of the former Jaiz International Plc which was set up in 2003/2004 as a Special Purpose Vehicle (SPV) to establish Nigeria’s first full-fledged Non-Interest Bank.

The Regional License allowed the Bank to operate geographically in a third of the country. Also, based on recommendations from Islamic Development Bank (IDB), which is also a shareholder of the bank, Jaiz Bank PLC had partnered with Islamic Bank of Bangladesh (IBBL) for Technical and Management Assistance.

Jaiz bank was intially listed on the NASD OTC exchange, but migrated to the Nigerian Stock Exchange (NSE) in February year. The stock closed at N0.86 in today’s trading session.

The technology firm has been under heavy scrutiny and criticism from the US government. ByteDance Ltd, the parent company of TikTok, is in the process of relocating its headquarters from Beijing to London, following a deal that was approved by UK ministers.

A report by Reuters also noted that the Chinese company’s founders will soon officially announce their intention to set up an office in London.

This move may likely upset President Donald Trump, who had announced plans to ban TikTok in the United States of America. The US considers the UK as a reliable ally.

Nairametrics had reported about 2 weeks ago that the Beijing-based video-sharing social networking firm, had been in discussions with the British Government over the relocation of its headquarters to London. The move has been perceived by analysts/observers seen as part of ByteDance’s strategy to distance itself from its Chinese ownership.

The technology firm has been under heavy scrutiny and criticism from the US Government over suspicions that China could be forcing it to turn over data. Earlier this year, the company was even labeled a potential counterintelligence threat by senior members of the US congress.

ByteDance recently came under intense pressure from the White House and US lawmakers to sell off TikTok’s US operations. It now has a 45-day deadline to negotiate with Microsoft over such a deal.

ByteDance Ltd is looking at all the available options to resolve its dispute with the American Government. In the meantime, Chief Executive Officer, Zhang Yiming, said no decision has been taken regarding the proposed sale of its US operations to Microsoft Corp.

The relocation of its headquarters to London might come as a surprise considering the current tension/dispute between the technology firm and the United States Government, who are close allies of the UK.

It can be recalled that amid tensions between China and some Western Countries and in solidarity with the United States, the British Government recently banned Chinese Telecom firm, Huawei’s 5G networks in the country. According to the UK Government, Huawei’s products posed a threat to the security of the UK’s infrastructure.

Lagos state lists conditions that must be met by churches, mosques before reopening

The government specified that the conditions must be met for worship centres to open.

The Lagos State Government has introduced some measures and conditions that must be met/fulfiled by all religious centres and places of worships that are planning to reopen, following further relaxation of lockdown.

These measures were contained in a press statement that was issued by the Lagos State Governor, Babajide Sanwo-Olu, and seen by Nairametrics.

The Governor urged Lagosians to fully comply with the measures outlined in the new regulations, stressing that Lagos State Safety Commission has a statutory responsibility to monitor the activities and operations of all organizations and worship centres that have been permitted to re-open.

Shoprite to leave Nigeria after 15 years

Shoprite announced its plan to sell off its Nigerian operations. 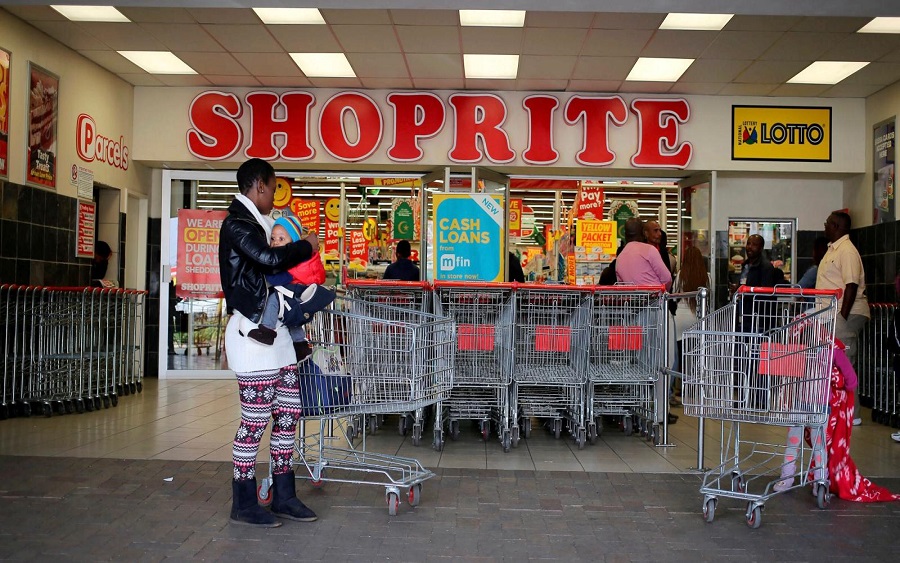 This was disclosed in the company’s latest operational and voluntary trading update which was published this morning.

Backstory: The South African retailer has been struggling in Nigeria in recent years owing largely to increased competition and government policies such as border closures and local production of consumables. Nairametrics reported in April that Shoprite Nigeria lost 8.1% of sales in the H2 of 2019, which was related to the September 2019 xenophobic attacks.

Meanwhile, Shoprite is not the only South African company that has recently announced exit from Nigeria. Nairametrics also reported that another South company,  Mr. Price, would be exiting Nigeria to focus on the South African market. Already, the company has closed 4 out of its 5 retail outlets in Nigeria.

Unfortunately, Nigeria’s ‘difficult’ business environment has been blamed for these major divestments.

Shoprite, which has spent 15 years in Nigeria stated that customer visits for the year declined by 7.4% due to the pandemic lockdowns. It also noted that outside South Africa, sales only increased by 0.1%, and an overall decline in sales of 1.4% for the year.

“Following approaches from various potential investors, and in line with our re-evaluation of the Group’s operating model in Nigeria, the Board has decided to initiate a formal process to consider the potential sale of all, or a majority stake, in Retail Supermarkets Nigeria Limited, a subsidiary of Shoprite International Limited.

“As such, Retail Supermarkets Nigeria Limited may be classified as a discontinued operation when Shoprite reports its results for the year. Any further updates will be provided to the market at the appropriate time,” the update read in part.

Shoprite joins two other South African retailers, Mr. Price and Woolworths who have also announced exists from Nigeria due to a harsh operating environment.

What this means: Shoprite’s exit from Nigeria once again brings to the fore the challenges South African companies are facing in Africa’s largest economy as they try to replicate the successes of MTN.

Manufacturing: Activity levels pick up albeit readings still below water

Lagos state lists conditions that must be met by churches, mosques before reopening

Shoprite to leave Nigeria after 15 years