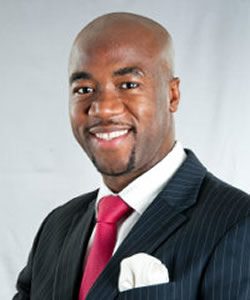 In a recent article printed in the Wall Street Journal by Chris Cummings, it was reported that the emergence of longer-life private equity funds such as Altas recently hit a new benchmark by raising one billion dollars. Altas as well as other powerful groups, such as Blackstone and Carlyle, are working on similar longer-life funds. Longer-life PE funds allow managers to hold each investment for far longer than the typical 5-year hold period per investment and typical 10-year total fund life. In the Altas case, each investment can be held up to a whopping 17 years.

The typical “medium life” PE model has proven to be highly successful with attractive risk-adjusted returns, however, Michael Chu’di Ejekam believes the model can be optimized, particularly in emerging market like Africa. “Following my several years of PE investing in sub-Saharan Africa, I am convinced that longer term life funds would be an improvement on the PE model for emerging markets such as Nigeria” Michael Chu’di Ejekam explains.

“When a PE fund is compelled to exit after a 5-year hold period, though the returns may achieve certainly attractive 25+% gross IRR or 2.5 to 3 times multiple on equity invested, I believe tremendous additional value may be left on the table.” The expert demonstrated his point by saying, “Originating, executing and investment managing attractive investments is a challenging process – why be forced to sell/exit a highly attractive investment after only 5 years, only to be saddled with pressure to find another outstanding deal to originate to start the process over again?”

Of course, some other models have emerged to address the standard PE model challenges. For example, in the case when an arm of a PE fund family invests in greenfield deals seeking “opportunistic” higher returns, and the completed projects are transferred to “core” vehicles of the same fund family which are seeking lower, more stable, longer term returns. “It could be more powerful and efficient to have one fund vehicle simply hold the investment for the longer term”, said Michael Chu’di Ejekam. This is especially important in emerging markets, where the deal process is more challenging and deals could take years to originate and close in the first place.

There is also increasing investor interest and PE capital raised for Africa for example, therefore deals have become more competitive and could take years to originate and close. “After so much heavy lifting, why sell after only 5 years?” he asked. “I have been involved in a few highly successful full-cycle investments and exits – though the returns were highly rewarding and the possible carried interest/profit distributions exiting, the reality is that excessive additional upside was surrendered to the new owners.”

Charlie Munger, one of Warren Buffet’s longest serving colleagues is quoted as saying: “The ‘know-nothing’ investor should practice diversification, but it is crazy if you are an expert. The goal of investment is to find situations where it is safe not to diversify. If you only put 20% into the opportunity of a lifetime, you are not being rational.”

“Why sell after only 5 years if you are already enmeshed within a great investment?” Michael Chu’di Ejekam continued. “Part of the answer lies in the reality that PE funds need to demonstrate exits/returns to potential Limited Partners (LPs) in order to raise fresh investment funds, and LPs are accustomed to the well-defined and tested cookie-cutter PE “medium life” model.” Of course, there is a desire to exit to realize profits so that carried interest distributions can be made – the perfectly reasonable lifeblood of private equity, from which Ejekam has benefited. Thankfully, there are other acceptable avenues to achieve this objective. According to the finance whiz, longer-life PE funds would be an improvement for for emerging markets such as Africa. He thinks it would be helpful if more potential LPs bought into the concept and support the investment strategies of managers with longer-term views.

Mr. Ejekam offered a few closing remarks. “The most successful entrepreneurs and investors in emerging markets such as Africa, hold longer term views. They do not think in 5-year chunks. They think in terms of decades. This is how to generate outsized returns.”

Michael Chu’di Ejekam is an honors graduate of the Wharton School at the University of Pennsylvania, where he earned a BSc in Economics, with a concentration in Finance. His early days were spent on Wall Street, as an investment banker for Merrill Lynch, after which he moved into private real estate investments in New York, and then onto work with Nigeria’s Actis. During his seven-year tenure as their Director Real Estate for West Africa, he became known as a leader in the “retail revolution,” helping to bring multiple million-dollar malls into underserved areas throughout sub-Saharan Africa.

For more information about us, please visit http://michaelejekamblog.com/