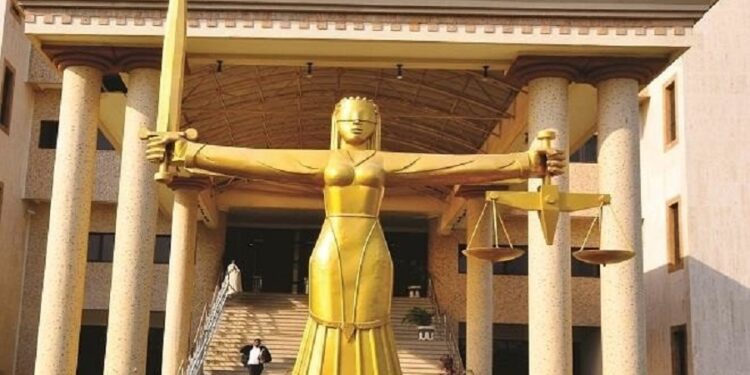 A Federal High Court sitting in Abuja on Friday stopped the Federal Government from its planned deduction of $418 million Paris Club Refund from the accounts of the state and local governments.

This follows a court case instituted by the Nigerian Governors’ Forum against the Federal Government, in a bid to stop the payment of the controversial sum to consultants.

Justice Inyang Ekwo of the Federal High Court gave the restraining order against the Federal Government following an ex parte application argued by the lawyers to the 36 States Jibrin Okutepa, SAN, and Ahmed Raji, SAN.

According to Punch, Okutepa, who led the legal team representing the states, said while moving the application, that the 36 states would be completely crippled if the Federal Government goes ahead to deduct the huge amount from the bank accounts of the states.

He pointed out to the court that the Federal Government had revealed the plan to deduct the sum of $418 million from the state account monthly as part of debts for contracts allegedly executed for the states.

Okutepa, however, said that the 36 states attorneys-general after reading the purported judgment displayed by the Federal Government, found that the states were not parties to the court action which resulted in the judgment debt.

He also submitted that the purported contract claimed to have been executed for the states was not known to any of the 36 state governments and is, therefore, a phoney contract.

In his argument, the lead counsel to the 36 states, also informed the court that the Federal Government was the only party to the court case that brought the judgment and therefore such judgment is not binding on the state government.

Consequently, after listening to the arguments of the 36 States, Justice Ekwo ordered the Federal Government not to go ahead to make any deduction from the accounts of the States in respect of the purported Court judgment until all issues relating to it were fully determined.

The judge thereafter fixed the matter for November 30 and ordered the plaintiffs’ lawyer to serve all processes on the defendants before the adjourned date.

Recall that last month, officials of the Federal Ministry of Finance informed officials from the state governments of the federal government’s plan to commence the deduction of $418 million from the accounts of states and local governments.

This led to a deadlock at the Federation Account Allocation Committee (FAAC) meeting following the states’ opposition to the commencement of the deduction.

The Chairman of the Nigerian Governors Forum (NGF) and the Governor of Ekiti State, Kayode Fayemi, said the state governments opposed the Federal Government’s plans to make deductions from the federation account for payment of private consultants for the Paris Club Refund as the move is projected to affect the recurrent expenditure of at least 33 states who may not be able to pay the salaries of their workers.

The Federal Government later bowed to pressure as they reached an agreement with the state governments to suspend the deduction of $418 million Paris Club refunds from the states and local governments’ accounts pending the determination of court cases on the issue.