State-of-emergency:  Government will do whatever it takes to restore law and order in Anambra – FG

by William Ukpe
in Economy & Politics 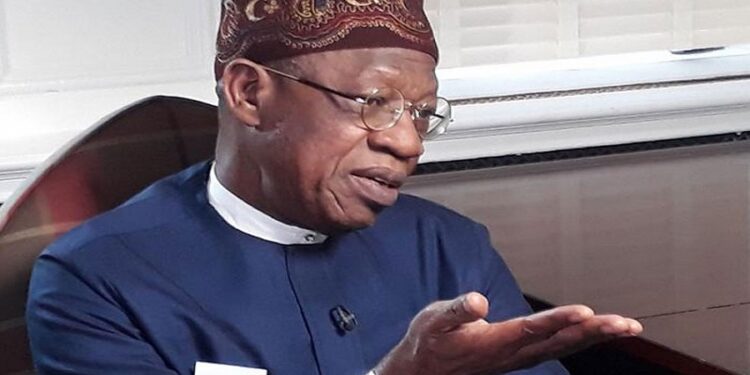 The Federal Government has said that it will do whatever it takes to restore law and order in Anambra and the entire South East, backing the state-of-emergency threat made by the Minister of Justice, Abubakar Malami.

This was disclosed by the Minister of Information and Culture, Alhaji Lai Mohammed, on Thursday in an interview with the News Agency of Nigeria (NAN) in Abuja.

“In the last couple of weeks, IPOB had imposed sit-at-home on the citizens. They did not allow people to go to schools, markets and there are also high profile killings.

“The AGF said yesterday that government will do whatever it takes to restore law and order in Anambra and the entire South East to ensure that symbols and pillars of democracy are not tampered with. The forthcoming election in the state is one of the pillars of democracy.

“Those who are criticising the AGF on this, have they thought for one minute what will happen if election does not take place in Anambra State on Nov. 6?

“They should bear in mind that under our constitution, a governor cannot spend an extra day beyond the mandate of four years. What will happen will be constitutional crisis of immense proportion,” he said.

The Minister added that what was happening in Anambra was worse than what happened in Plateau and Ekiti when the state of emergency was declared. He said the FG did not declare a state of emergency in Zamfara, Katsina and Kaduna, where they alleged there were more killings, because the situation was not the same as that of Anambra.

“You do not compare apples with oranges; the bandits in Katsina do not want to leave Nigeria. They do not want to declare their own republic and they are not saying there will be no elections. They are primarily criminals.

“It is a disingenuous argument to say that they have killed more people in Katsina, Zamfara and Kaduna than they killed in Anambra.

“What is happening in Katsina, Zamfara, Kaduna and Niger is criminality and government will not condone it. I have not seen the bandits hoist any flag anywhere as opposed to Boko Haram,” he said.

Nairametrics reported that the FG announced that it would likely impose a state of emergency in Anambra State to tighten security ahead of the November 6 governorship elections in the state.

It was disclosed by the Minister of Justice and Attorney General of the Federation, Abubakar Malami, on Wednesday after the Federal Executive Council meeting chaired by President Muhammadu Buhari.

Malami said the government would do everything possible to ensure the protection of lives and property, adding that where there was evidence of failure of the state government to ensure democratic order and security of lives, the Federal Government would prevail and would not rule out the possibility of imposing a state of emergency.

State-of-emergency:  Government will do whatever it takes to restore law and order in Anambra – FG