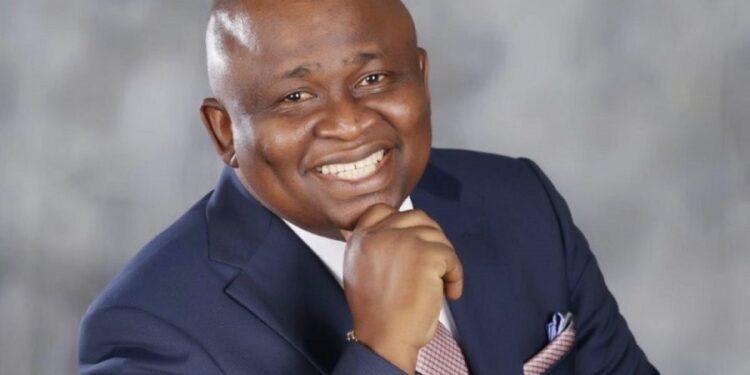 The Nigerian Senate has called on all Federal Government funded Ministries, Departments and Agencies (MDAs) to remit 100% of the internally generated revenues to the Consolidated Revenue Fund (CRF).

The order was given by the Chairman, Senate Committee on Finance Sen. Solomon Adeola on Friday, at the public hearing with revenue-generating agencies on the 2022-2024 Medium Term Expenditure Framework (MTEF) and Fiscal Strategy Paper (FSP), according to NAN.

The Senator warned MDAS’s that it was no longer business as usual on generation and remittance of IGR, adding that agencies that have the capacity to generate more funds should contribute to government coffers.

He said, “MDAs partially funded by government were to remit 50 per cent of their IGR to the CRF.

“The Senate would enact a law to ensure 70% and 30% retaining and remittance ratio of agencies that are self-funded.”

He added that the IGR target of the Nigerian Mining Cadastre Office (NMCO) has been raised from N4.5 billion projection to N15 billion for 2022 fiscal year.

Senator Adeola said that the IGR profile of NMCO for 2021 showed that it had so far generated N3.1 billion as at June, hence the increase on its target, urging the agency to ensure blockage of all financial loopholes militating against the revenue profile of the organisation.

Federal Road Safety Commission (FRSC) IGR projections were also raised to N15 billion in 2022 budget against what was projected in 2021 by the FRSC.

Nairametrics reported earlier this week that the Senate accused the Central Bank of Nigeria, the Nigerian National Petroleum Corporation and other government-owned enterprises of worsening the current dwindling revenues in the country by defaulting in remittances to the Consolidated Revenue Fund.

Senator Solomon Adeola, the Chairman of the Senate Committee on Finance, said “From the preliminary investigation carried out by this committee, our findings are not palatable at all. A lot of heads of agencies have taken over the agencies as their personal property.

“They have decided to embark on a spending spree with nobody challenging them.

“Out of the 60 Government Owned Enterprises, I can conveniently say that agencies like the NNPC, I don’t know when last they contributed from their excess revenue into the Consolidated Revenue Fund, except recently when they declared profit.

“The Central Bank of Nigeria, out of an average budget of about N2.3tn a year, it is expected that at the end of every financial year, whatever accrues to you as excess revenue, a certain portion of it must be paid into the Consolidated Revenue Fund. As we speak, within the last five to six years, CBN has not contributed anything.”

Aston Martin is making a mini-version of James Bond’s favourite car for kids at $123,000