Is TY Holdings’ acquisition of BOC Gases a PTP deal? 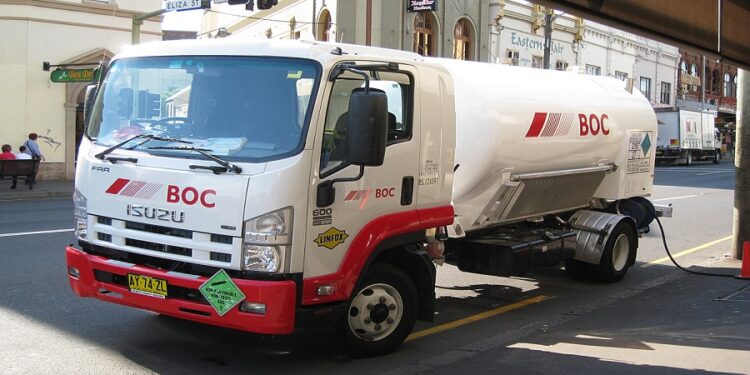 Not too long ago, the public, through the Nigeria Stock Exchange was notified that TY Holdings had acquired an additional 60% of the entire shares of BOC Gases previously owned by BOC Holdings, UK. With that acquisition, TY Holdings brought its ownership of BOC Gases to 72%.

Following that acquisition, the non-executive directors of BOC Gases, in the persons of Messrs. Hendrik Mentz de Waal and Joseph Ramashala, who were members of the Risk and Audit committee of the Board of Directors of BOC Gases Plc resigned their respective executive and board positions.

This is according to recent corporate disclosure by BOC Gases Plc handed to the Nigerian Exchange.

With these corporate events or actions taking place in quick succession, one cannot but wonder, if the TY Holdings acquisition is shaping up to be a public to private (PTP or P2P) transaction or deal.

Public to Private deals are the process where private equity investors mine the public markets in search of undervalued businesses or companies. Simply put, a public to private or going private transaction is one that converts a publicly-traded company into a private entity. The final process in a public to private deal is the eventual delisting of the public entity.

What does going private mean?

Why do companies go private?

There are or could be many reasons for public to private deals. One of such is a situation where a public company is forced to go private or delist because it does not meet the requirements to remain publicly listed. This has happened in Nigeria a number of times.

Another reason a public company could go private is to focus on its long-term objective or strategy. Again, public companies decide to go private in situations where the market price of their shares fall below their book value.

If my speculation comes true and TY Holdings decides to take BOC Gases private, what advantages does it stand to achieve?

There are some advantages in taking a public company private, otherwise, private equity investors who have been known to be in the habit of doing so, would not do it. One advantage is the conservation of capital. Ordinarily, a public company is expected to pay dividends on a regular basis, at least, to appease shareholders; however, by going private, that pressure to pay dividends will no longer be there and as such, the funds that would have been used for dividend payment could be reserved, leading to increase in the long-term capital of the company through an increase in retained earnings on its balance sheet. This could then be invested in furtherance of the long-term growth of the now private company.

By going private, a hitherto public company could save resources that were being used to meet the regulatory and compliance requirements of a public company such as the cost of public audit, the production of periodic reports required by the exchange etc.

The question that remains is since TY Holdings has 72% of the ownership of BOC Gases, can it effectively take BOC private? The answer is yes. All that is required is the passage of a resolution by the majority of BOC shareholders to that effect. Shareholding majority in Nigeria, like most countries, requires 51% ownership, and with 72%, TY Holdings is already in majority and in a position to pass whatever resolution it so deserves or wants.

Another way it could be done is by tender offers. Under a tender offer, TY Holdings can use its majority ownership strength to compel BOC Gases to make a public offer to buy back the remaining 28% shares from the public which will effectively compel the company to delist.

Whether my suspicion is true or not depends on time, as they say, “time will tell.”

How to register for Covid-19 vaccination in Nigeria

SCOA lauds Unity Bank, others for facilitating supply of N15.5 billion worth of trucks to Julius Berger

CBN’s MPC holds MPR at 11.5%, maintains all other parameters