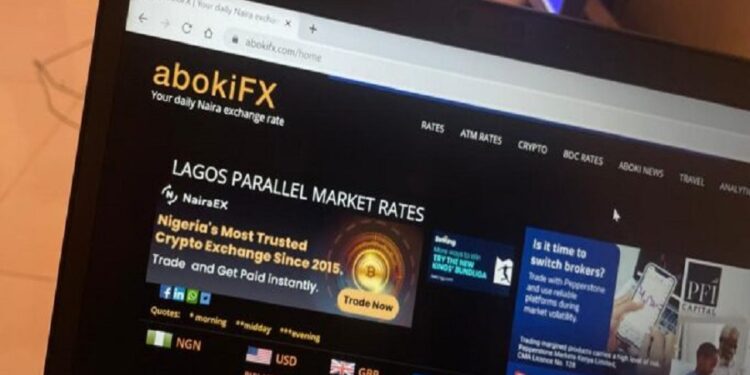 At the recently concluded MPC meeting by the Central Bank of Nigeria (CBN), the CBN Governor, Godwin Emefiele responded to rumours on social media about CBN making enquiries on the legality of the operations of abokiFX.

Emiefiele, while responding to questions after the MPC meeting on Friday, September 17, 2021, referred to Mr Olumide Oniwinde, the owner of abokiFX as an illegal FX dealer who will be prosecuted for endangering the Nigerian economy.

AbokiFX is a website that publishes the parallel market exchange rate of the Naira against other currencies of the world on a daily basis.

According to the governor, Mr Olumide Oniwinde started the abokiFX operation in 2015 and has since milked the economy by taking position, while manipulating the exchange rate. He stated that “The CBN act section 2, does make it clear that only the Central Bank can determine the value of the naira, and yet a single individual living in England continues to manipulate the exchange rate and make huge profit which he withdraws through an ATM in London.”

He explained that despite the company filing the same figures of 1,000 pounds in its financial statements for the past 4 years, Mr Oniwinde and the company has over 25 bank accounts in Nigeria with about 8 banks both in naira and dollar with significant turnover.

He also confirmed that the apex bank wrote a memo to banks to provide the information about abokiFX as he stated that the CBN has been studying the activities of abokiFX in the last two and half years.

“There was a particular time I asked our colleagues to call the so-called owner of abokiFX, that we want to understand his model and how he came about advertising those rate, we find him as someone, a Nigerian who lives in England and conducts this nefarious activity on our economy.

“It is economic sabotage and we will pursue him, wherever he is, we will report him to international security agencies, we will track him, Mr Oniwinde, we will find you, because we cannot allow you to continue to conduct an illegal activity that kills our economy.” Emefiele said.

Mr Emefiele reiterated that their preliminary findings suggest that the website was built and is being used purely for the purpose of foreign exchange manipulation and speculations. “They get naira loans, use to purchase dollars, take a position, change the rate over a given period, sell the dollars they purchased and make a profit, this is completely illegal, unacceptable and we will pursue them,” he explained.

The recent clampdown on the owner of abokiFX by the Central Bank is in its bid to defend the naira against other currencies as the variance between the official rate and the black market continues to widen.

Recall that the apex bank, two months ago discontinued the sales of forex to BDC operators in the company, due to alleged acts of sabotaging the country’s economy.