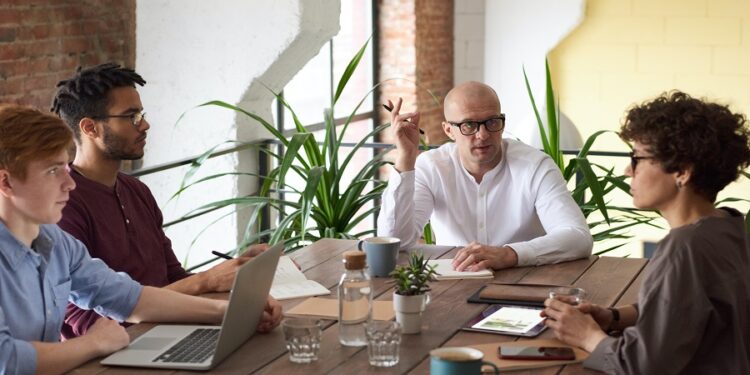 A review of Nigeria’s current account data from the Central Bank of Nigeria (CBN), reveals that Nigeria and its corporates spent a sum of $55 billion on foreign expatriates for business, professional, and technical services in the last 10 years.

This accounted for about 84% of the total business expenses paid abroad during the period, which is about the highest cause of capital flight in Nigeria in the review period for any specific item.

Professional and technical fees are amounts charged by individuals or firms specially trained in specific fields in science, technology, and other technical areas. Some of these services include management services, technical, and even legal services to list a few.

While it is a common practice for some Nigerian companies to leverage technology and expertise from foreign-related companies or third parties with the aim of driving efficiency in their operations, a huge sum of $55 billion over a period of 10 years, is a massive lift from the economy.

In continuation of an analysis of Nigeria’s foreign currency outflows, Nairametrics takes a look at how much we spend to hire foreign consultants and expatriates, paying for services which we would be better off retaining locally.

This is part of a series on the review of Nigeria’s balance of payment account. You can also read the first and second editions, which addressed capital flight on foreign education and medical services respectively.

Nigeria spent a sum of $55 billion on foreign business, professional and technical service fees between 2011 and Q1 2021. A cursory look at the data shows that Nigeria received $770.48 million in the period under, which generates a net aggregate of $54.23 billion.

It is quite unfortunate that despite Nigeria’s foreign expenses on professional and technical fees, it has been unable to receive noteworthy inflows compared to its outflows.

However, in terms of inflow, the highest was recorded in 2013 with $203 million.

The huge disparity between the inflow and outflow, which is a deficit to the Nigerian economy necessitates the need to build and develop Nigeria’s professional service sector.

The need to develop the local sector

With a population of over 206 million people, largely dominated by youths with varying academic and professional skillset, Nigeria still suffers from huge capital flight spent on paying foreign expatriates for their professional services.

There have been loud agitations recently to give Nigerian graduates opportunities rather than employing expatriates to pick up jobs. Earlier in the year, the Special Task Force on Monitoring and Enforcement of Nigerian Expatriate Business Permit and Expatriate Quota Administration called on Nigerian companies to employ graduates in the company or face the risks of sanctions.

The Nigerian professional, scientific and technical services sector is only valued at $5.72 billion (N2.35 trillion) according to the 2020 GDP figures, accounting for just 3.4% of Nigeria’s real GDP. This is a really meagre contribution, especially with the growing need for technical expertise around the world in various sectors such as oil refinery, industrial manufacturing, financial services, and tech amongst others.

The sector had endured contractions for five consecutive quarters between Q1 2020 and Q1 2021 before printing a 1.92% growth in the second quarter of 2021. The sector was only able to post positive growth due to a favourable base period.

It is worth noting that the more Nigeria continues to record significant capital outflows on items that could have been accessed locally, if there had been a functioning system, the more Nigeria’s foreign reserve continues to suffer decline. Especially, since we are still very much an import-driven economy.

In contrast, the amount spent during the period is 60% more than Nigeria’s current foreign reserve position of $34.18 billion.

Nigeria’s huge capital flight continues to be a cause of worry, as its net current account has maintained a deficit in the past two years since Q1 2019 to date. This is no surprise, given the level of recurrent foreign trade deficit recorded in recent times, dwindling diaspora remittance, high personal and business travel allowance, all of which have made the Naira weaker against other currencies of the world.

Notably, naira in the past week crashed to a record low of N545/$1 at the parallel market due to scarcity of the highly coveted foreign currency and the inability of the banks to meet demands.

Why do companies seek foreign expatriates?

According to Engr. Anu Omotosho, a senior plant engineer at one of the major oil and gas firms in the country, most companies especially multinationals believe in sharing of best practices hence they bring in their people from their country of origin.

“For example, if a multinational wants to develop a project in an affiliate, they would bring in their trusted people in most cases, they will bring in some directors who can carry the vision, and lead strategic positions in the company,” he said.

He also explained that these companies only seek the workforce in Nigeria, which is expected to be cheap compared to the imported expatriates, stating, “multinationals want key decision-makers to be their eyes and ears in the company, hence they plant their people in very important areas of the business-like technical department, especially in a bid to control finances and expenses.”

A cursory analysis of the top 30 firms listed on the Nigerian Exchange, revealed that they spent a sum of N404.2 billion on technical and professional services between 2015 and 2020 (6 years). While the list is highly diversified, MTN Nigeria tops the list, having spent N103.7 billion in only the past four years based on the availability of data.

Others on the list include Nigerian Breweries (N49.16 billion), FBN Holdings (N45.8 billion), Lafarge (N32.58 billion), Access Bank (N31.3 billion), and Seplat (N25.18 billion). Most of the companies on the list are highly expatriate dependent, hence the need for such expenses.

The provision for the technical service fees is computed as 5% of earnings before interest, tax, depreciation and amortisation (EBITDA) for both Group and Company, subject to a maximum of 2% of net sales.

As Nigeria continues to spend a fortune that could have been invested into the economy, on foreign services, the country’s foreign reserve and by extension, the exchange rate will continue to suffer. Also, the country will very well continue to record significant intellectual flight, if basic infrastructural and fiscal issues are not addressed.

Rubber is a white gold in dire need of investment – Producers

Nigeria’s FX crisis: Can the AfCFTA provide the solution?

Naira weakens at official market despite 122% rise in dollar supply

Adapt or Die: Why CBDCs have changed the future of banking