Businesses in Nigeria are now more than ever exposed to payment of taxes, according to provisions of the Finance Bill currently being debated by the National Assembly.

In October 2019, President Muhammadu Buhari submitted the Finance Bill 2019 to the National Assembly, seeking a sweeping change to Nigeria’s outdated corporate tax laws. The bill, if signed into law, is expected to address most of the challenges with Nigeria’s corporate tax laws, ease payments of taxes, and ultimately increase government revenues.

Whilst the bill has largely been received positively by most stakeholders, a critical look at its provisions outlines the significant roles which commercial banks will play in widening the tax base and reducing tax evasion.

According to Section 2 of the Finance Bill, Every person engaged in banking in Nigerian shall require all companies to provide their tax identification number as a precondition for opening a bank account, or in the case of an account already opened prior to September 30th 2019, the bank shall require such tax identification number to be provided by all companies as a precondition for the continued operation of the bank account.

The Finance Bill gives the FIRS and the State Inland Revenue Service complete access to transactions in the bank accounts of businesses. The provision is obviously aimed at increasing the government’s revenue, giving them unfettered access into the bank accounts of millions of Nigerian companies. According to an analysis of the Finance Bill by accounting firm, PWC, “there is also a deliberate effort to ensure that the sector contributes to revenue generation without excessive financial burden. An area of focus for the government would be to formalise these businesses through the TIN project in collaboration with the banks.”

Before now, Nigerian business owners had often complained that their bank accounts had been frozen by banks on behalf of the FIRS. With this bill, it is unclear how the FIRS will utilize the access they have to bank accounts by leveraging on the TIN.

As far as Managing Partner, Prime Consult, Dr Gbenga Adebayo, is concerned, the primary objective of the bill is the generation of additional revenues for the government to potentially partly finance the deficit in the 2020 Budget of the FGN.

He explained that requesting TIN connotes that the Federal Government is determined to ensure that everyone pays tax, and would be ready to enforce remittance from the source or ask the bank to freeze the account of defaulters.

Adebayo said, “FIRS has been freezing the accounts of tax defaulters, and insisting on TINs of both new and existing account holders is a drastic move to enforce compliance. The TIN could be used to monitor/track people’s accounts and curb default.”

“It will no longer be business as usual regarding tax collection. Banks are being used as agents for both tracking and collection,” she said.

CBN has upscaled Greenwich Trust Limited to the status of a merchant bank. 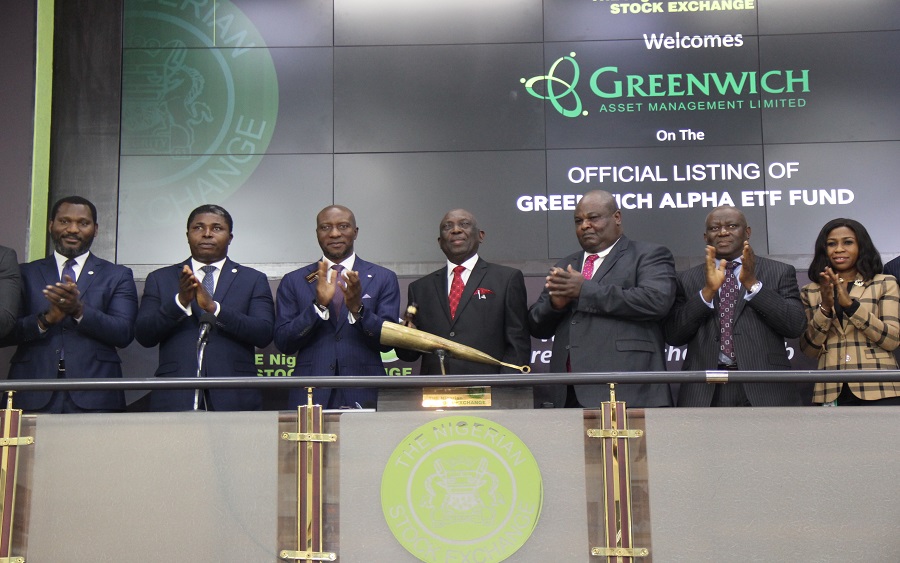 The Central Bank of Nigeria (CBN) has upscaled Greenwich Trust Limited and granted it, operational license for merchant banking in the country.

According to an official statement released by the firm, the entity would be known as Greenwich Merchant Bank Limited. This license allows Greenwich Merchant Bank to upscale and offer such diverse services as corporate banking, investment banking, financial advisory services, securities dealing, treasury wealth and asset management, etc., making it possible to provide increased value to stakeholders beyond its previous scope.

Greenwich Trust Limited is an investment banking firm duly registered with relevant authorities such as the Nigerian Securities and Exchange Commission (SEC). It is a diversified firm with subsidiaries such as Asset management, GTL Properties, GTL Securities Limited, Cedar Express Limited and Meyer Plc.

UAE’s Emirate Airline has been banned from operating in Nigeria.

Emirates Airline has been added to the list of airlines which have been banned from operating in  Nigeria. The ban will take effect from the 21st of September.

This was announced by the Minister of Aviation, Hadi Sirika in a social media statement on Friday.

The PTF sub committee met today with EU Ambassadors to discuss Lufthansa, Air France/KLM ban. The meeting progressed well. Emirates Airlines’s situation was reviewed & they are consequently included in the list of those not approved, with effect from Monday the 21st Sept. 2020🇳🇬

“The PTF sub committee met today with EU Ambassadors to discuss Lufthansa, Air France/KLM ban. The meeting progressed well. Emirates Airlines’s situation was reviewed & they are consequently included in the list of those not approved, with effect from Monday the 21st Sept. 2020,” Sirika stated.

This comes as the UAE government has been accused of not renewing visas of Nigerians in Dubai and also rumours of a VISA ban for Nigerians applying for visas.

Last month, the UAE embassy in Nigeria denied there is a VISA ban on Nigerians entering the Middle Eastern country. They said: “At the onset of the COVlD-19 pandemic, the UAE took a number of precautionary measures to combat the virus’ spread, including the temporary suspension on issuing UAE visas for all nationalities as of March 17, 2020.

“After entering the recovery phase of the pandemic, the UAE eased some measures on July 7, permitting visitors from various countries to adhere to the necessary precautionary measures, including by showing negative PCR test results within 92 hours of travelling to the UAE. This includes those visiting from Nigeria.”

The CBN has introduced a stimulus package to help stimulate investment in gas as an alternative to fuel.

As part of the palliative following the sharp increase in the price in the pump price of petrol, the Central Bank of Nigeria (CBN) has introduced a N250 billion stimulus package under a National Gas Expansion Programme that it hopes will help stimulate investment in the gas value chain and spur its use in transportation as an alternative to fuel-powered cars.

Large scale projects under this intervention programme will be financed under the Power and Airlines Intervention Fund (PAIF), in line with existing guidelines regulating the PAIF, while small scale operators and retail distributors will be financed by the NIRSAL Microfinance Bank (NMFB) and/or any other Participating Financial Institution (PFI) under the Agribusiness/Small and Medium Enterprises Investment Scheme (AgSMEIS).

This initiative is to be implemented in collaboration with the Federal Ministry of Petroleum Resources.

The objectives of the facility include;

The activities that are eligible under the intervention shall include;

The aggregators, manufacturers, processors, wholesale distributors, and related activities shall be funded under the Power and Airline Intervention Fund (PAIF), while the Small and Medium-scale Enterprises (SMEs) and retail distributors shall be funded by NIRSAL Microfinance Bank under AgSMEIS.

For the manufacturers, processors, wholesale distributors, etc, the term loan shall be determined based on the activity and shall not exceed N10 billion per obligor. The working capital shall be a maximum of N500 million per obligor.

The manufacturers, processors, wholesale distributors, will have term loans which shall have a maximum tenor of 10 years (not exceeding December 31, 2030) with a maximum of a 2-year moratorium on principal repayment only. The working capital facility of 1 year with a maximum rollover of not more than twice, subject to prior approval.

The small and medium enterprises (SMEs) and retail distributors will have term loans that shall have a maximum tenor of 5 years (not exceeding December 31, 2030) with a maximum of 2 years on principal repayment only. The working capital facility of 1 year with a maximum rollover of not more than twice and subject to prior approval.

This new initiative involves getting many vehicles to run on gas by collaborating with investors to build the required infrastructure such as pipelines and petrol stations. It is also expected to help accelerate the use of natural gas and end gas flaring.

Why Africans are fast using Bitcoin for payment transfers